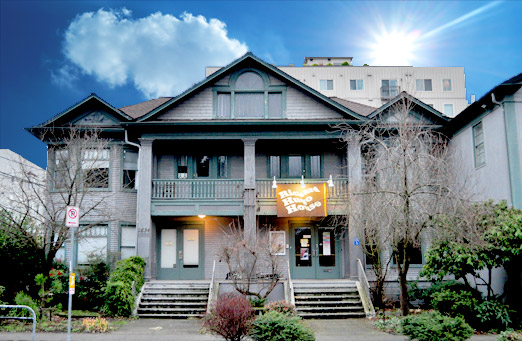 Q:  It’s Tuesday @ 11am…do I know where my Teen and Tween are?
A:  Yes!  Roman is sleeping and growing…Jordi is awake and reading in bed…oops, it is now 11:12am, and I just found Roman also reading in a comfy chair by a window…it’s a reading morning!
Q:  What books are on my ping pong table?
A:  Okay…I want to strongly recommend that, if you have children, you check out The Cats of Tanglewood Forest by Charles De Lint.  I finally started reading it to Jordi two nights ago, and last night we both dove into bed to read chapter 2.  He’s now about half-way through the book, all on his own…
Richard Hugo House
Works In Progress Open Mic Series
Excerpt from The Ghost Lords