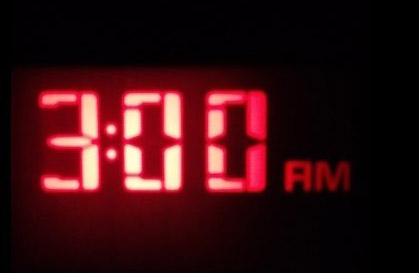 Note: each post will now include the next writing prompt so we can explore together, create together, and hopefully some of you will share the results in my comment section!  For now, as C.S. Lewis would say, further up and further in!

The Reluctant I
(600 words)
Staying seated seemed the safer thing to do.  The room would empty soon enough.  Running to the next event was preferable to walking with the mob.  One boy, built like a reed, stopped to pick up some dropped papers, proving that while NSO week was certainly living up to its frenetic and riotous reputation, the efforts of the administration were also succeeding.  The strict schedule lent order and a sense of protocol to what would surely have become an explosive scene of revelry.  It was a truce.  The long days were given to the faculty, the parents, and Stanford’s general reputation.  The nights?  Well, even the house advisors turned a blind eye to those hours of the planet’s rotation.  Which made it easier and harder for me.
Following the last of them out, complaints floated back through the sunny air.
“Oh my god!  I’m boiling!”  Curvy with toffee colored skin moaned, fanning herself with a folded handout.
“What are you talking about?”  Spiky red hair asked, sunglasses glinting.  “I actually used a blanket last night.  This is cool compared to back home.”
“Where are you from?”
“Arizona.  You?”
“Alaska.”
“Oh.”  There was a pause, as the boy flipped his sunglasses up and gave her a wink.  “That would explain it then.”
Relativism is like air.  It’s always present yet taken for granted by most.  The one thing Lucia had in common with the Catholic Church was her belief that relativism mattered little in the determination of right and wrong.
Yet, here it was.
Perspiration dampened my light shirt, as the lingering heat of a silicon valley summer had its effect.  Notably cooler than the murderous temps back home, it simply made mid-day activity uncomfortable.  Not impossible.
And the nights were cool.  Like the boy said.  Blanket-using weather.
What would happen tonight?  The second since convocation.  Last night had been, in a word, interesting.  In more words, the hours between bedtime and breakfast had traversed an entire sea of experiences.
Sexiled.  That was the term, according to the sophomore down the hall.  Given that walking in on them would be so much worse, the heads up was appreciated.  Still, how often would that be happening?  Was the guy even her boyfriend?  If so, how often were they planning to do this?
Fountain Hopping.  A tradition that matched its label perfectly, it was especially popular during NSO week, but not so much with the higher classes.  The trio of freshman girls who’d returned to Lagunita Dorm last night, sopping wet and loudly drunk had been quickly shut down by the two juniors I’d met this morning.
Philz Coffee, the perfect cure for jet-lag, had welcomed us with smells of sweets baking and sharp beans brewing.  Sweat-drenched and leggy, in matching running shorts and sports bras, the girls had epitomized the stereotypic health nuts reputed to flock to Stanford University.
“Hey, you’re in our dorm, right?”  Tan and blond had asked, her blue eyes friendly as she held open the door.
Her running mate nodded grudgingly, sliding through the door without catching it, letting it swing back.  Her eyes were also blue, but more like crocuses that bloom under the final snows of early spring.
“Don’t you remember being Frosh?”  Warm eyes asked, as the door shut behind us.
The cafe was just opening, but already, there was a line.
“Nope.”  The girl said.  “I chose to forget that year.”  She glanced back over her shoulder.  “So, your name?”
Which name to give?  Playing it safe, the familiar, fake name slides out.  “Jordan Chung.”
————————————————————————-
Description of this week’s Writing Prompt #1
The Reluctant I
Write a first-person story in which you use the first-person pronoun (I or me or my) only two times – but keep the I somehow important to the narrative you’re constructing.  The point of this exercise is to imagine a narrator who is less interest in himself than in what he is observing.  You can make your narrator someone who sees an interesting event in which he is not necessarily a participant.  Or you can make him self-effacing, yet a major participant in the events related.  It is very important in this exercise to make sure your reader is not surprised, forty or fifty words into the piece, to realize that this is a first-person narration.  Show us quickly who is observing the scene.  600 words
And now, for next week!
Writing Prompt #2
Imperative
Write a fragment of a story that is made up entirely of imperative commands.  Do this; do that; contemplate the rear end of the man who is walking out of your life.  This exercise will be a sort of second-person narration (a you is implied in the imperative).  500 words
Don’t miss my previous authors! Archived here: www.voiceofvashon.org/prose-poetry-and-purpose