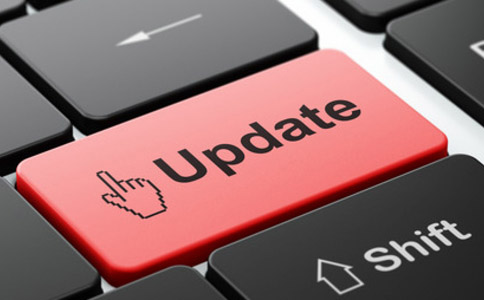 Greetings!  Who knew August and September could be so busy?
Updates!
On the home front…life is good!  Jordi is still homeschooling, Roman is taking classes at the high school, both are involved in Drama Dock’s Fall production of CATS! (come see the show, October 18, 19, or 20th), and lots of food has been put up (prunes, frozen berries, pickled lemon cukes and beans, tea, + more!)
RADIO SHOW – PROSE, POETRY & PURPOSE
First show to be released very, very soon!
10am & 4pm on Sundays!
The 3 a.m. Epiphany
Uncommon Writing Exercises
That Transform Your Fiction
Join me on my blog, for
weekly writing prompts!  Let’s learn together!
marchtwisdale.blogspot.com
1st NOVEL REVISION UNDERWAY!
(I have 6 revisions planned out)
Pray for me, folks, as I work at chopping my original
210,000 word novel down into a 90,000 word novel!
As of October 1st – my goal is 20 chapters revised…look
for a blog post on October 1st, to see if I make my goal!
New Article in The Loop!
As part of my ongoing series, with co-author Karen Crisalli Winter,
“A Community Conversation About Health & Responsibility:  Vaccines and Beyond.”
Part 7:  Keeping Things in Perspective
And now…
I just did this research today, and I hope you’ll
find it as interesting (and worth sharing) as I did.
Community-Minded Post of 2013
Okay.  So, I sort of know how these things work, right?  I’m almost 41, been around the block long enough.  Still…this surprised me.  I mean…it’s just so blatant.
Facts About I-522 (PCC Sound Consumer Oct. 2013)
Q:  Who is opposed to labeling?
A:  At press time, just six out-of-state corporations were listed as funding the opposition campaign.
Did you catch that?  It goes on to say, “At press time, not one individual was listed as a donor on the Public Disclosure Commission report at www.pdc.wa.gov.  Click “Search the database,” “Committees,” “Initiative,” then “No on 522.”  At the same website, you can see all the donors to YES on 522.
Average donation to the NO Campaign?     $2,000,000
Average donation to the YES Campaign?   $25
Q:  WHO are these corporations, using photos of happy family farmers to convince us that they represent the “little people,” that are working to PREVENT our access to accurate labels regarding GE Crops/GMOS?
A:
Monsanto  ($4.74 million)
DuPont  ($3.37 million)
Grocery Manufacturers of America  ($2.22 million)
Bayer Cropscience  ($591,654)
Dow Chemical  ($529,531)
BASF  ($500,000)
Q:  Who is BASF?
A:  Direct from Google & their own www.basf.com website:
BASF Global – The Chemical Company – Corporate Website
BASF is the world’s leading chemical company.
BASF is the largest chemical company in the world and is headquartered in Ludwigshafen, Germany.  Stock price:  BASFY  (OTCMKTS)  $96.65
CEO:  Kurt Bock
Founded:  April 6, 1865
People searching for BASF also search for:
Bayer, Dow Chemical Company, DuPont, Evonik Industries, Ciba Specialty Chemicals
Q:  Wait, wait!  Isn’t Monsanto a “sustainable agriculture company” out to help farmers feed the world?  Since, we’re all so threatened by starvation and, um…obesity-related diseases?
A:  Who is Monsanto?  (From Wikipedia)
Monsanto Company is a publicly traded American multinational Chemical, and Agricultural Biotechnology Corporation headquartered in Creve Coeur, Missouri.  It is the leading producer of genetically engineered seed and of the herbicide glyphosate, which it markets under the Roundup brand.
Traded as NYSE:  MON
Chairman, President and CEO:  Hugh Grant (no…it’s not the actor)
Products:  Herbicides, pesticides, crop seeds
NOTE:  it’s chemical products are listed first, as it is, first and foremost, a chemical company
In fact, here is Monsanto’s chemical history:
Founded in 1901, by the 1940s, Monsanto was a major producer of plastics.  They did a few others things, such as mass produce LEDs, and Monsanto also manufactured controversial products such as the insecticide DDT, PCBs, Agent Orange, and recombinant bovine somatotropin.
One of the top 10 chemical companies in the USA until roughly 2000 (when they spun their chemical business side off into “other-named” companies), Monsanto has attempted to re-paint itself as a wholesome, clean environment, save the world, purveyor of happily improved seeds!  To succeed at this new venture, Monsanto was a pioneer in applying the biotechnology industry business model to agriculture, using techniques developed by Genentech and other biotech drug companies in the late 1970s in California.[8] In this business model, companies invest heavily in research and development, and recoup the expenses through the use and enforcement of biological patents.
Q:  Okay.  Um.  Who wants these types of corporations creating the FUTURE OF FOOD on planet earth?  But, beyond that…no matter how you look at it, the Chemical Industry has arrived in Washington State, in force, and these are the corporations trying to control our state, our laws, our life.
Q:  And now, more to the point, will Washingtonians let them?
~March
Don’t miss my previous authors! Archived here: www.voiceofvashon.org/prose-poetry-and-purpose