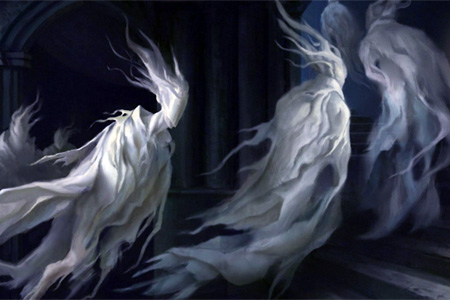 “Where do you come from?” Giacomo asks, his laughter ending as suddenly as it had begun.

I watch as he does another of those ‘scope out the area’ glances around the deserted mountain ridges and river bed, before kneeling down in the sand. His eyes glued to my face. He has taken the second glove off and his fingers were neatly interlaced under his chin.

“I already told you. Alfarras, Spain.”

He nods. “Yes, yes. You told me.” His head tilting as he looks at me quizzically. “And, you live with…Lucia?”

I sigh, bored with the twenty-one questions routine. “Yes.”

“But, you weren’t born in Spain.” He says this like he knows it to be true.

My bangs fall into my face, as I shake my head in agreement. “No. I was born in America. California, to be exact.” And then, since I don’t like talking about myself, I finish with a question of my own. “Where were you born?”

I’ve surprised him. Again. Or amused him, I guessed, from the slow smile that spreads across his face. “I was born here.”

I glance around. “Under which tree?”

His smile falters, making me wonder, was my joke that bad?

“I do not know exactly where I was born. Somewhere in France or Italy, I’ve been told.”

“Are you an orphan?”

Instantly, I’m ashamed. What was wrong with me? The question was rude, insensitive, intrusive…and worse! I know this from personal experience, and my hands flap in the air, as I babble an apology. “I’m sorry. I didn’t, I mean, I shouldn’t…” I stop, sucking in a breath, and finish. “I wasn’t thinking.”

“Don’t worry about it.” He reaches for my anxious hands before seeming to realize what he’s doing and snatching his hands back like I would burn him. “Listen.” Giacomo says, his face slightly flushed. “Have you ever played Truth or Dare?”

“Good. Let’s play.” He was suddenly all business again, although the suspicion had noticeably waned. I couldn’t help but wonder when it would come back.

“You first.” I insist, my curiosity hooked instantly by the bait of answers to my many questions.

“Of course.” He agrees amiably. “Shoot!”

Greedily, I pounce. “Who are you?”

“Ah-ah-ah!” He says, shaking a finger at me. “You had your question and I answered it. Now it’s my turn.”

So that was how he was going to play it, huh? I shrugged, aiming for confident nonchalance. “Fine, but look out next time.”

“Trust me. I will. Now…how is it that you know Lucia, Tom, and Maggie?”

I smirk and answer quickly. “She’s my aunt and they are her best friends.” Then, before he can protest, I pressed my advantage. “My turn! How do you know them?”

The look on Giacomo’s face makes it clear that I’ve crossed a line. His eyes, which had begun to resemble the green of warm palm fronds, chill into green ice.

“Yes. Those are the rules. Anyone can decline one for the other.”

“But…what am I supposed to dare you to do?” I asked, gesturing to our dark surroundings.

“Dare me to find someone, of course.”

At my blank look, his face softens. “You really don’t know, do you?”

“Know what?” I retort, annoyed.

My forehead wrinkles. I’m beginning to feel like a complete idiot. True, I’m not your typical girl, but that doesn’t mean I’m completely out of touch. My aunt may have tossed out the TV the day she inherited the farm, but she had turned on the internet! I even have a blog, and several of my articles (written under an assumed name, of course) have been published in on-line magazines! Still, I couldn’t place him…and he clearly expected to be placeable. Realizing the girls in town would surely recognize and mob him instantly, I can feel myself flushing with embarrassment.

“Find someone?” I clarify, directing the attention away from myself.

“Fine.” I say, thinking that if he whips out a smart phone, I’m going to clobber him. “That’s how I got myself lost up here, after all. Find Maggie!”

Giacomo gives me a long look. Then…he’s gone. Not as in, he got up and walked away. No. He just up and disappears, like they used to do in the old movies, where they’d stop the film, remove an actor while everyone else tried not to move, then set the film to rolling again.

And, like a perfectly trained actor, that’s exactly what I do. Freeze. And then, he’s back! Only now, he’s looking as shocked as I feel, which makes no sense at all.

“You were telling the truth…” He gasps, eyes wide and nostrils flared.

Like he’s the one who’s just seen a ghost.