Inspiration During Overwhelming Times – Quotes #7 and #8 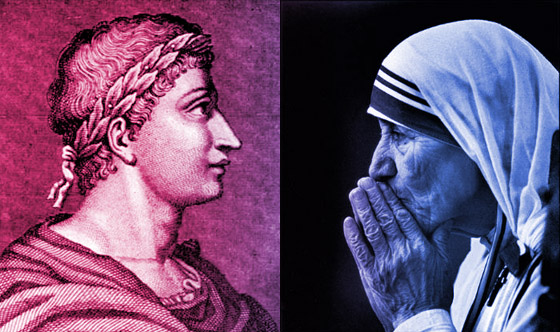 “Do not wait for leaders; do it alone, person to person.”
― Mother Teresa
“Dripping water hollows out stone, not through force but through persistence.”
― Ovid
Both of these are super relevant right here…right now!  For example, while many of us are concerned about the forces which led the fight against 522, we should remember that GMOs have now become a common topic of conversation.  NOW is the time to keep those conversations going, person to person.  The power of millions of dollars worth of advertising to sway the public can be countered by the power of millions of people willing to keep the conversation alive…and taking it deeper.  Like Ovid says, persistence is the more powerful tool than force.  Now is NOT the time to sigh, drop the topic, and move on to holiday distractions.  We are NOT involved in a fight.  The Label GMO Movement, like most deep societal shifts, is a slowly rising tide of awareness.  Consider attitudes toward LGBT issues today in Seattle compared to twenty years ago…thirty years ago…forty years ago.  So often, we wish for a fast change, but the most lasting shifts are those which take generations to change.
Leaders in our system are invariably conservative because they depend upon the votes of their constituency, and this forces them into a balancing act.  That has value, except when slick corporations take advantage of the system.  The people are free to learn faster, change sooner, and recognize the best new path to take…making us, ultimately, a nation of individual leaders.  So, let’s lead!
.
Don’t miss my previous authors! Archived here: www.voiceofvashon.org/prose-poetry-and-purpose