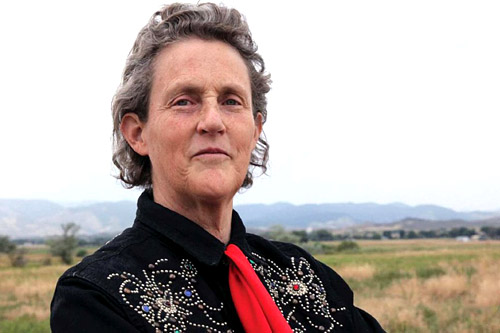 A proven theme of human society is this:
Bad situations exist until people decide to act outside of the accepted norm.

But it must come.  We, each one of us, depend upon these pivotal decisions.

Question:  In a world so dominated by themes of powerlessness, how will new generations understand the power they hold in their hands with each day of their life?

Answer:  Through two things.  History (our best recollection of actual events) and Fiction.

Historical Example:  Temple Grandin
In the lovely, moving, powerful movie starring Claire Danes, we watch as Temple is denied access to the cattle yards where she wants to do research for her Master’s Thesis.  Blocked at all levels, by the top boss and the regular cowhands, her opportunity for success is dimming when a yard manager decides to buck the attitudes of his fellows and sign off on her research.  Today, 50% of cattle slaughtered in America suffer less because of Temple Grandin’s research and the changes she made to the industry.
That man’s one, small act made these changes possible.

Fictional Example:  The Hunger Games & Catching Fire
Susanne Collins’ trilogy illustrates the small actions which, together, can bring about sweeping change to an unjust system.  Each, if they had not happened, would be a deal-stopper for the revolution.  Here, I list them…showing the importance of everyone from prisoner to poor to middle class to upper class to high-level leadership.

Just like you.
And me.
And every other person,
who ever makes a decision.
Don’t miss my previous authors! Archived here: www.voiceofvashon.org/prose-poetry-and-purpose