And, another excerpt from The Ghost Lords… 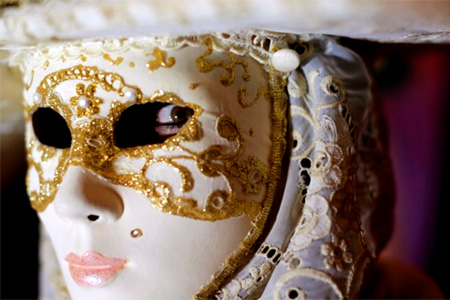 Tom’s expression was shrewd, as we came around a sharp turn and saw the river below us to the left. He slowed to tourist speed, the ancient, roadless town of Palalda coming into view.

“You’re old enough to understand some of what happened with the crash of ’08, so let me ask you. Do you think Ben Bernanke decides what the Federal Reserve will do?”

His question surprised me, although the answer came easily. “Well, sure. He’s the chair, so there’s no one above him, right?”

“Who? The President?” Tom’s snort made it clear I’d guessed wrong.

“Of course not! He’s the biggest puppet of them all, although he’s got plenty of company in Washington D.C. Presidents, Prime Ministers, Governor-Generals, Kings, Queens, Emirs, even the Supreme Leader of North Korea, Kim Jong-un…they are all puppets.”

“Then, who’s controlling them?”

“Well now, that would be where all the secrecy begins, don’t you think? Because, if people know they are being controlled or manipulated, then they don’t like it. They start thinking they could do it better or that it’s just plain unfair or…that they might want to have that power. And then, you’ve got all sorts of trouble.”

“Oh yes! That’s what happened during the French Revolution. One pivotal member of The…uh…Company, forgot his place, began to think that maybe things could be different, and then one night he got drunk enough to say what he knew.”

“But, the French Revolution was a good thing…”

“A good thing? That’s an interesting way to describe mass slaughter,” he lifted a hand, forestalling my response, “but, this is not a history lesson, so much as a reality lesson. Although he is still responsible for his actions, Ben Bernanke is a puppet, as are the leaders of most countries. It’s easy to get angry at the so-called “One Percent,” but you’ve got to look higher up on the pecking order and then sideways, into the shadows. There, behind the lights and the cameras, inconspicuous in the crowd, the true controllers hide in plain view.”

“Controllers?” I asked, rubbing at my temples. My head was beginning to ache, and not from a caffeine-rush. My cappuccino sat cold and mostly untouched in its holder. “You mean lobbyists, right?”

“Do you know they are there? Throwing money around and trying to swing votes?”

I tried again. “Okay then. How about board members of corporations or the CIA?”

I interrupted. “Yeah, yeah…I know they’re there. But, no one knows what they’re doing, even when we think we do. Doesn’t that count?”

He shook his head, pressing his foot down on the gas pedal as we left the town behind us. I craned around, capturing a final, sun-drenched image of resilient Palalda as it disappeared behind a forested curve in the road. “You still know they exist. Jump on google, and whatever you find…that’s what I’m not talking about.”

This time, I threw my hand up in the air, stopping him. “So, what you’re talking about isn’t secret societies, spy networks, or organized crime,” I caught his speculative expression and pressed on, feeling my way, knowing I was close, “you’re telling me that there’s another, totally mysterious and unknown group that is pulling the strings that we don’t even know are attached to us?”

I hope you enjoyed these brief glimpses of Jordan’s

adventures, as she begins to see what’s behind the curtain.

And thank you for your support!

It means a great deal to me, my family, and my characters!