Excerpt from The Ghost Lords… 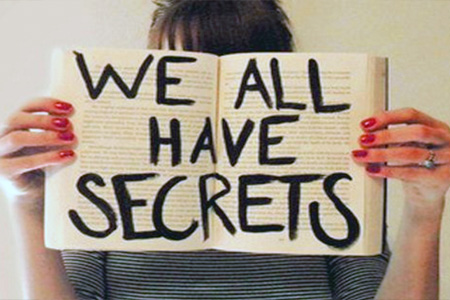 I met Tom and Maggie just a few weeks after my grandmother delivered me to my unsuspecting aunt and disappeared. They were introduced to me as my aunt’s life long friends, a story so probable it never occurred to me to question it. The three of them had worked together for most of their lives. Maggie and Tom were already retired, my aunt close on their heels.

In fact, aside from her twice-a-year trips into France, my aunt Lucia was free as a bird. Only, with a niece to raise, she wasn’t.

This was the story I had swallowed, hook, line, and sinker…along with the surprising detail that all three of them had worked in Security. But now? I was no traumatized twelve year old suffering from night terrors and mourning the loss of the Father who had made up her entire world.

“Giacomo? Um, yes, well…” Tom began, then his voice faded as he looked past me. I turned just in time to see the last train car slip away, leaving me instantly deflated. Like a wilted birthday balloon three days after the candles are blown out.

“A lot of people work for the, um…company.” He continued, jerking his head in the direction of the parking lot, and heading off. His face so carefully neutral that I know I’m on the right track. “What did this Giacomo look like?”

“Rich, arrogant, well-dressed. You know the type. At least, until he got coffee spilled all over him.”

I would have laughed, but Tom’s suddenly green complexion stops me. “Other than that,” I go on, more subdued, “he’s good-looking enough, in a Mediterranean way. If you like that sort.”

It’s good that I’m half a step behind him, or my cheeks would instantly give away my opinion on the matter.

“Oh,” I say, remembering,”and he’s definitely got a thing about touching people!”

That pulls Tom up short, and I only barely avoid ploughing into him. Stumbling to the side, I stare up at him as he yanks his purple hat off his head and runs long fingers through a thick mane of silvered hair.

Our eyes meet for a long moment, then Tom shakes his head, as if ceding a point. Turning on his heel, he gestures for me to follow him, glancing around the empty hall like he’s searching for cameras. “Come on…it’s safer if we talk in the truck.”

Like an early spring morning, when you think a sunny day will be warm, until the shadow of a passing cloud hits you, and you remember that winter wasn’t so long ago.

Details were unnecessary. I already knew what was coming. Bad news.