You Can Also Find News in the Poetry Section 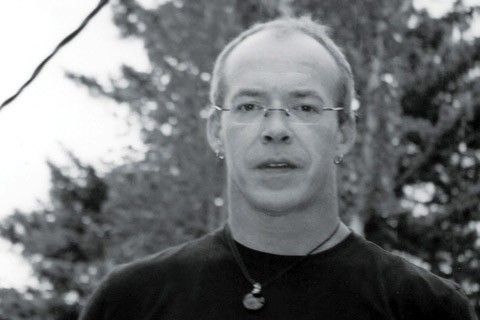 (Thank you to Rob Carney, for being a brilliant thinker/writer/poet, and for sharing your gifts with my listening audience on Prose, Poetry & Purpose and then, again, here…with my reading audience.)
Listen to Interview here (beginning 7/26/16)
By Rob Carney:
We’re about to be swamped? bludgeoned? probably not edified by two upcoming political conventions and the general election season. A lot of people will be covering all that, but not me. I’m not that kind of writer. Much of my work can be called writing for social change, writing with purpose, but mostly I write poems, and poems aren’t printed in newspapers. That’s too bad but probably understandable since one of the jobs of literature is to write ahead of the news rather than merely in response to it.
Here’s an example—it’s the third section of a four-part poem called “If I Hadn’t Drowned in My 30s, She Says, Today I’d be 73,” and I wrote it twenty years ago:
Madame Kafelnikov’s a flirt, I’ll admit,
with the Fire Chief especially.
But sneering, “She’s a fat old spooky hussy,”
that’s plain wrong . . .
like digging for rumors,
like calling Amy and Ellen across the street dykes.
Amy gardens. When her sprinkler hisses,
the breeze on my porch tastes like mint.
Sometimes cilantro.
Sometimes dill.
I love to watch their laundry dry on the line: suggestive flags.
Ellen plays accordion
and smokes the most beautiful weed. Why hassle?
What use to anyone, finally, is getting in the way?
I’d hope to be remembered instead
for learning to negotiate with aphids,
for learning to intimidate hail, disease,
so they leave the wild roses by the side of my house alone . . .
noted for that, and this too: I listened;
I kept still and listened.
It got me that magic, a friend,
and peach pie, and the waltz.
Marriage equality and legalizing marijuana weren’t political likelihoods twenty years ago, not even slim ones. Now both—at least in Washington state, home of Voice of Vashon (and birthplace of Prose, Poetry & Purpose)—are rights codified into law.
Things change. I’m not saying storytellers are the reason they do, but narrative,
characterization, and well-constructed (even lyrical) language move people emotionally and raise questions that won’t go away. Stories personalize ethical issues and give them impact. They connect us, whereas TV and talk radio most often divide; heck, that’s their business strategy. Over time, people begin to figure their way through the questions raised by stories, and even forget why they were rigid or opposed in the first place. Not all people, but enough of them, especially young people who see the world with fresh and imaginative eyes.
I have another poem about that, found in my collection titled Story Problems (Somondoco Press 2011):
How Shedding Feathers Taught the Children to Make a Kite,
and What the Kite Taught Everyone
A boy and a girl, then a dozen more,
found something new to do with feathers.
They wove them together with strands of their hair,
fastened a string from more strands of their hair,
then ran their kite up the sky
to be a bird again.
What they saw was amazing:
Stories had been blowing by, stories the wind had been telling
but no one could see; now their kite was like a book
full of rare new words.
Only the children could read this language,
so parents weren’t the only ones who were wise,
and more became possible—strange colors
wove into the First Ways, changing, which was good:
Fire leaps up from the kindling first
and always needs new branches;
no story the wind tells goes straight to one conclusion;
when dancers arrive, play music. Even with abandon.
Abandon, as in: with wild joy. Abandon, as in: letting go of old-ways-are-the-best-ways habits that aren’t fair and just and right.
I can say things like that (we all can; we all should) because I’m not a politician contending with smug or strident opposition every day. I don’t have to use language designed in some Boringness Factory managed by Legalese Warlocks. And I don’t have to worry that some stealthy twerp will attach a rider to my poem, declaring that it can’t be published and read unless we also defund the E.P.A. Poets don’t have to run for election. If you read Sophocles in high school or college, it’s more like being Tiresias than Creon. Or better, if you watched Sixteen Candles thirty times like I did, it’s more like being Sam (Molly Ringwald) than Caroline Mulford (the blonde girl dating Jake Ryan, the one who gets her hair stuck in the door). Like with Sam and Tiresias, though, poets are mostly ignored, so I’m grateful to March Twisdale for spotlighting me on her upcoming show, and I hope you will tune in live or click on the podcast.
Here’s one last poem you won’t hear on that show, but it gets at what I’ve been trying to say more exactly (and with rhyme and meter, those ancient twin mnemonics). It’s from my book Weather Report (Somondoco Press 2006), and it goes like this:
Some Things Have One Meaning, Some Things Don’t:
“I do,” for instance, is conditional;
the truth, it turns out, is political;
and equal means that most have equally less.
But words are like elastic, and unless
you’re careful not to stretch too far, they won’t
snap back. . . .
I know what it is to be in love,
and no one has the right to disapprove
of who I love. They might, but they’d be wrong.
What else? Our lives are loaned to us. Not long.
And not to pile up money. Not for power.
And how we pay that loan back does matter:
with interest, yes—with being interested;
by promising and keeping promises;
by caring more and minding much less instead.