Seven Years In – Vignette #1 of The Ghost Lords 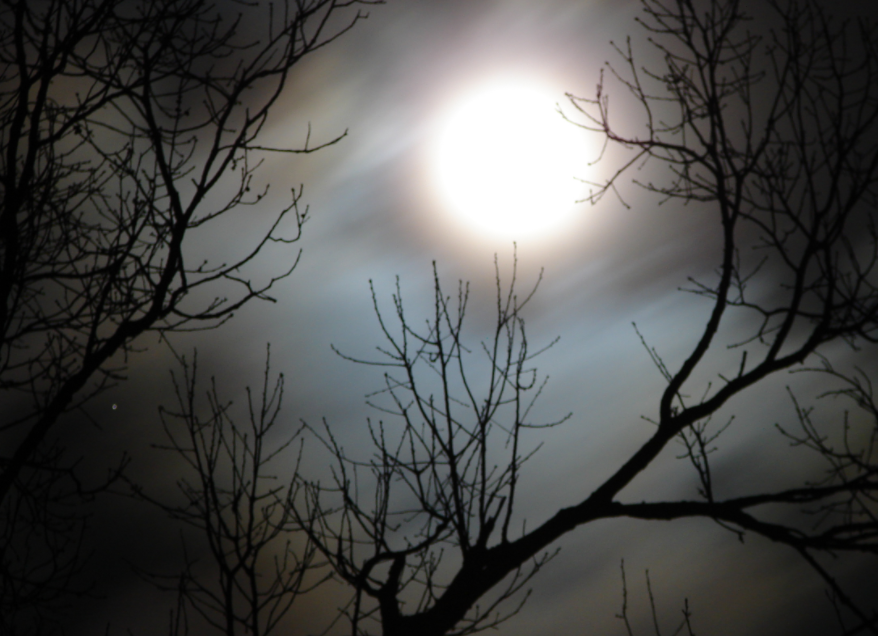 We all have journeys in our life. So, even if you’ve never tried to write a book, or even wanted to, I know that you get it. What it’s like to be on the path.

Today, I’d like to share with you the first vignette in my novel, The Ghost Lords. The novel is laid out in a particular way, blending medium length chapters (written in first person, from Jordan’s point of view) with shorter length vignettes (written from a different character’s point of view). There is a reason for this.

First person is great for many things, especially allowing us to ride the wave intimately, with our feet on the same surfboard as the protagonist! But, it is limited in that we only know the world from the perspective of that character. What she knows, we know, and what she doesn’t know…we don’t know. This can work for a story which has a fairly singular story to tell, but as stories broaden and become more complex, first person can become a bit limiting.

Third person basically has the opposite strengths and weaknesses. Still an extremely effective form of story-telling, but with some natural limits.

I decided to get around the limits by using both. The Ghost Lords is mostly told from Jordan’s perspective, in first person, with these tantalizing vignettes sprinkled throughout. I believe it will work well, without detracting from the reader’s intense connection with the protagonist. We shall see how it all works out, in the end, but for now – (enter pop music theme song) “This is how we do it, baby!”

The first night, Lucia refused to believe. The second night, she prayed for the first time in forty years. The third night, she stared at the three figures in the olive grove and contemplated murder.

The familiar thought came to an end when the phone in her hand began to vibrate. “Tom?”

His voice was scratchy with static. “What’s wrong?”

There would be no casual chit-chat, no friendly greetings. When this number was called, it meant one thing.

A pause. “That’s not possible.”

Lucia lifted an arthritic finger and pushed the handmade, lace curtain aside. The view didn’t change. “Count that as three impossibilities, for the third night in a row, then.”

A longer pause, punctuated by a muffled oath. “Why didn’t you call me earlier?”

Lucia sighed. Did he have to ask? “I didn’t want to drag you and Maggie down with me.”

Tom grunted. “No teams have been sent out, Lucia. Whoever’s found you…wait. Where are they?”

“In the olive grove.”

“Yes.” Lucia said, staring a bit harder out her window.

The silence on the other end meant Tom was working the problem, and that meant waiting. Not that she was bored. Resignation tinged with terror is a strange cocktail, but boring it is not.

How much did they know? That was the question that most needed answering. Tom was retired but, in this business, that didn’t mean much. If they’d been sent by The Family – or more importantly, if they’d reported what they’d found – his sources would have already told him.

Six eyes gleamed back at her. Roving, starlight-catching eyes, casing the place, catching every detail. Unless?

“Give me a minute, Lu.” His voice was strained but not with worry or fear. Just effort.

Lucia frowned, her eyes flicking away from the danger, down the dark, narrow hall that led to what needed to be protected.

She’d rehearsed this scenario more times than she cared to remember. Pull the pistol from the hidden drawer in the kitchen. No need to bother with bullets, it was already loaded. A three second dash to the tiny room where her dead sister’s daughter slept and a bullet to the head. Or three. Just to be sure.

Lucia’s eyes flickered anxiously back to the drooping branches of trees planted before her mother was born. The trio hadn’t moved. Not to advance, not to leave, not anything. Could it be?

“Tom.” Lucis said, tired of waiting. “It doesn’t make any sense but…”

“Pipe down.” He sounded winded. “Tracking takes concentration, you know.”

Lucia interrupted him. “Listen to me. It’s almost too much to ask for, I know, but I – I don’t think they can see us.”

Tom was quick on the uptake. “You know what that means, don’t you?”

The rising tide of relief evaporated in the wake of a new anxiety. “They weren’t sent by The Family?”

Lucia chewed on her bottom lip until she tasted salty wetness. The situation was still terribly dangerous. Her best option, if The Family had finally found them, would be to stick to the plan. Murder-suicide. Not great but well-deliberated.

Jordan had turned eighteen a long four and a half months ago.

Plenty of time for her powers to manifest and her immaterial scent to draw attention, forcing Lucia to follow through on the pact Maggie and Tom had required of her six years ago. Jordan would either leave the continent before The Family discovered her or her aunt would kill her. It was as simple, and complicated, as that.

“Then we have a different problem.” She whispered into the silence of Tom’s contemplation.

“Assuming we’re alive in the morning?” Lucia regretted the gallows humor instantly. Tom loved Jordan too. “I suppose we’ll catch the train, as planned. Unless you have a better suggestion?”

Lucia squinted out the window. The three remained. They’d found something. They just weren’t sure what. “Tell her we have unexpected visitors but it’s not a problem.”

Tom’s silence was heavy with recrimination. He hated it when Lucia asked him to lie for her. “Have you told Jordan yet? About the change in plans, I mean.”

A trickle of nervous energy ran up Lucia’s back. Three weeks ago, the letter had arrived in every mailbox of every member of The Family. For reasons not given, the date of The Convening was to take place two weeks earlier than scheduled. As in, exactly three days before Lucia would have loaded her precious burden onto a plane bound for the North American continent.

Bye-bye, so long, miss you already but don’t come back or they’ll kill us all.

The silence at the other end demanded an answer.

I don’t care that you think she’s normal. You can’t leave her alone for three nights. Tom had argued, two hours after the summons arrived. Voicing the obvious as their carefully laid plans crumbled about them. Not while the whole Family is on high alert! She must be shielded at all times.

He was right, of course. So, Lucia had canceled the plane tickets, rescheduling them for ten days later and conveniently forgotten to mention it. Silly, really. In the big picture, what did it matter if Jordan’s flight to America was delayed by a week and a half? After six years of keeping her hidden and alive, this was nothing.

Lucia tried to tell herself that she’d not been avoiding the conversation. That she was simply distracted and it had slipped her mind, but she hated lying to herself even more than she disliked doing it to others. Which was exactly why she’d avoided telling Jordan about the change in her flight. It would require another lie.

Funny how lying to her niece seemed so hard, while killing her would be breathlessly easy. Of course, Jordan was no longer a wide-eyed young orphan, eager to trust someone in a world gone crazy. She had grown into a smart, young woman who kept her peace. Considerate and patient, as always, because there was no way she was dumb enough to buy six years worth of lies and cover-ups.

Lucia didn’t mind lying, so much. But, lying to someone who knows you’re lying and politely lets you get away with it? Well, that was just embarrassing.

“What are you going to tell her?” Tom pushed.

Lucia ground her teeth together. Jordan had wanted an extra week to get settled in at Stanford. All of them had encouraged the idea. They’d wanted her off the continent since the day she’d arrived. So, blaming her flight delay on Tom and Maggie suddenly changing their mind and wanting one more chance to see her before she left? Well, that just didn’t hold much water.

“I don’t know, but I’ll come up with something by morning.” She replied quickly, before Tom could repeat his question. “How about you and Maggie? Have you been called in, too?”

“No. Just active members, as usual.” She heard the squeak of their porch door. He was slipping outside, so as to not wake Maggie. “If Francoise wasn’t so freaked out, I’d know nothing. As it is, he’s been tapping me for advice since late July.” Tom lowered his voice. “They’re talking about disappearances.”

In the pregnant pause that followed, Lucia made up her mind. Sliding a nailhead to the side until she heard a click, Lucia opened her great-granddaddy’s secret drawer and pulled out the gun.

“Disappearances, huh.” She walked to the front door her father had built and turned the heavy bolt lock slowly and silently. Her hinges were always well-oiled.

“Yeah. Thought they were runners, at first.” Tom fell into “status report” mode, as Lucia bent down, her knees cracking like the report of a rifle as she pulled a thick screwdriver from the hole her Mother had drilled into the stone floor so many decades ago. During the Franco years, when even living this far afield didn’t guarantee you safety from unexpected visitors.

“But there were too many.” He went on, the words coming in a rush now. A burden unleashed. “They’ve been keeping it quiet. You know how it is, when folks go missing.” His voice caught, telling Lucia what she needed to know and what he wasn’t yet ready to say.

They’d begun to find the bodies. How deeply had Tom explored the histories? His was an “in the field” sort of job. Did he know what she knew?

“Anyway,” Tom finished. “It’s looking like murder rather than deserters, at this point.”

“That’s all you got out of him?” Lucia asked, peeking through the fine lace at three bodies standing just inside the olive branches, where the moonlight couldn’t touch them. “No details?”

“None that match your situation, if that’s what you’re asking.” Tom paused, and Lucia had the distinct impression that he knew what she was about to do. “If they haven’t acted yet, chances are they won’t, you know. At least, not tonight. So don’t do anything rash, ok?”

Lucia stopped. Her hand already curved around the doorknob, the faint quivers of fear bleeding into the metal as she melded her fingers to the tarnished brass. Rash? Never.

“Don’t worry. I’ll stick to the plan.” She assured him, her voice under tight control as her mother had taught her. Give away nothing. Lie smoothly. And, above all else, when you take action…do the unexpected. “Tell Maggie I’ll see her in a week and don’t ever answer this phone again. Just in case.”

Pulling the battery from the cell phone and tossing the pieces onto the couch, Lucia slowly opened the door and stepped out onto the moonlit porch.