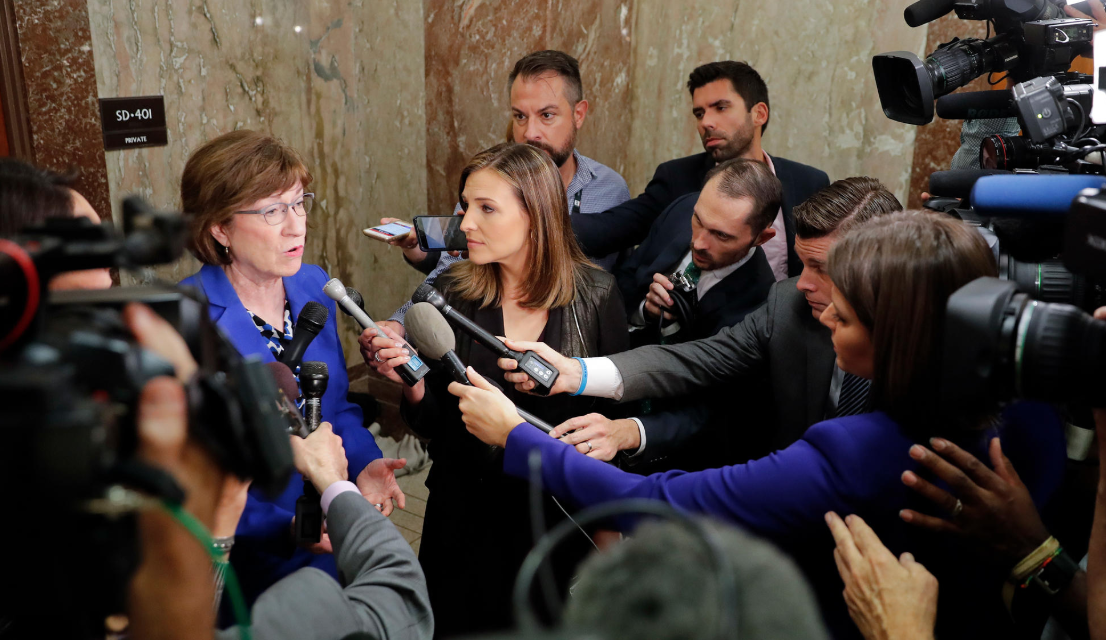 My dear, dear woman. How will you sleep at night, for the rest of your life? Will you start drinking? Engage in endless boat rides down “da Nile?” Or grasp at fundamentalist religious straws and convert to radicalism?

You’re right, a confirmation hearing for a Supreme Court nominee is NOT a court of law. There is no judgement to be handed out, in the end. There is that small thing about telling the truth under oath, but hahahaha! Why worry your head about that?

What a confirmation hearing SHOULD BE, is an intelligence gathering process, followed by a decision to approve or not approve a person for a specific appointment. You all get a chance to check this guy out, watch how he handles himself, listen to concerns raised by other members of our society (whether they are Senators, Law School Deans, or just the everyday Sexual Assault Victim). Brett Kavanaugh’s behavior alone, when faced with a challenging situation, would have (should have) blocked him from being hired by pretty much anyone in the FUCKING COUNTRY. And you despicable people handed our future over to him, like we’re a giant pot of lobsters, ready to be boiled alive.

Yes, the #MeToo movement has arrived none too soon, and brave women (IN FUCKING HOLLYWOOD) are making you and Pelosi and every other weak, spineless politician look like the craven caricatures that we suspected you of being. (thanks for the proof)

Yes! Dr. Ford was brave.
Yes! She has put you ALL to shame.
Yes! She could have taken the coward’s road….but she didn’t.
No. If you understood why she did so, you would NOT have voted as you did.

Perhaps…you are betting on the notoriously short memory of the American public? Trusting the media and Trump to confuse or distract us? Betting against us, rather than voting on our behalf? Well, I will relish the victory fires of your challenger in the next election, because here’s the thing: In (R)Evolutionary Times: People change.

And, right about now…memories are growing long. You will not live this down. Far from it! You will be linked to every horrible decision, every right lost, every power stripped from the people, every wealth class horror bestowed upon millions of families, every hope for a more perfect union dashed by a hideously old-school ruling, every inch we slide backwards will be something you could have prevented. Your LACK OF BRAVERY in a moment of National Need is indefensible.

The whole WORLD was watching, and you…voted yes? Seriously? Do you have any idea how MANY women live in Maine? In America? In our increasingly connected, crowd-funding, civilized world!? But, hey. I suppose I should thank you for painting two HUGE ARROWS in the sky that say, “here’s one more corrupt politician to defeat,” and “honorable, decent human beings who will work for their fellow people (not the Neo-Nobility) need apply!”

In 2018, American Voters will desperately seek decent candidates to vote for on their paltry ballots, but by 2020 (with Super Delegates eliminated & Millennial Candidates flooding the system) we will RISE UP & RECLAIM OUR GOVERNMENT.

I suggest you start working on your resume. Order some bulbs maybe! Consider baking, as a hobby. Because you have just tarnished your reputation beyond repair and added yourself to the dark side of the historical ledger. Hell! Even Stephen King is out to get you! That’s a form of notoriety all in itself!

Hmmm…maybe you should pick up a copy of The Stand? You could learn a lot.

P.S. Going on CNN and telling the world that you think Dr. Ford was wrong about who assaulted her? Or, trying to divert the conversation to another topic (Planned Parenthood)? Dig baby, dig. You aren’t ever getting out of this hole.