The Role of Men in Ending Misogyny 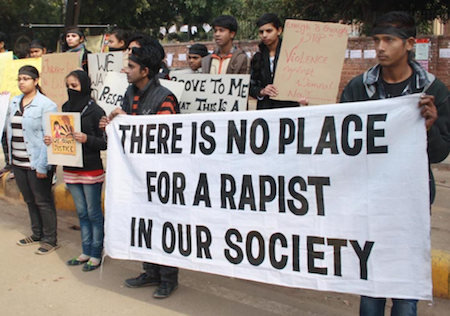 I want to share what I hope will be a SUCCESSFUL reply to the first man who (with all the good intentions in the world) jumped up and “mansplained” how my essay, Stop Mansplaining and Start Listening, got it all wrong. Why am I sharing this? Because we don’t succeed by writing about the issue…we succeed by changing people’s thinking. It’s not enough to be correct, if the audience goes home unchanged, right? So, here goes!

Thank you for your comment. Most men in America (many of them, good & sincere people) share your hope that things are better than they are. This is admirable, in that you clearly wish less women were being abused in your culture. This is problematic, in that you believe that your “hopes” reflect reality.

In particular, you want the college survey to be wrong. It makes you uncomfortable. You hope it isn’t true. You tell me that it’s just one college survey (surely others paint a rosier picture!). Sadly not so. According to National Statistics: “One in five women has been the victim of attempted or completed rape in their lifetime. Nearly 1 in 2 women have experienced sexual violence other than rape in their lifetime.” At 43 percent, the college campus survey I quoted is right on target.

Thank you for trying to empathize with my experience! To clarify, some people do experience heartache and frustration. I am far more likely to experience dismay at the HUGE uphill battle we face, when it comes to changing the comfortable opinions & beliefs of tens of millions of people. Oh, and my jaw is sore from all of the jaw-droppingly crazy shit that is happening in DC. I am actually surprised & also relieved that Trump and his cabal are so clearly showing their hand…just like the DNC did during the 2016 Primary.

I hear that you quite reasonably want the “effects of misogyny” to be far less than how I have portrayed them. You want to believe that “hundreds of millions of women” is a gross exaggeration. Sadly, it is not. The “effects” of misogyny go far beyond rape and other sexual crimes of a physical nature, and when I wrote about “hundreds of millions” of women (in reference to the generations that have lived under the American Flag) I was actually under-estimating the numbers. I figured people couldn’t accept reality, so I sugar coated it!

And you’re still uncomfortable.
Okay. How about you do the math yourself?

Between the Revolutionary War and today, how many people have lived under the American Flag? How many of those people were female? How many of those women & girls were born or imported to this country as slaves? How many were born or arrived “free” but still had virtually zero legal rights? How many women lived in this land, during the late 19th and 20th century, when post-civil war misogyny impacted EVERY SINGLE female in the country? And right now, in the 21st century, about 180 Million Women are witnessing & experiencing the “effect of misogyny” via the Kavanaugh debacle. The only way a person an add these numbers up and not arrive as “hundreds of millions” as an answer, is if they believe some women escape the effects of misogyny in America.

That’s the point about misogyny and living in a misogynistic culture is…you can’t escape it.

Right now, there’s a great song online that reminds us of how many ways a woman is impacted by Rape Culture/Misogyny throughout her normal day. I am one of those women. When men leave my office late at night, they probably feel relatively safe. When I leave my office late at night, I am well-trained to carry my keys in a defensive position, ready to jab it into a would-be rapist’s eyesocket, anxious that town is quiet and no one would hear me scream, and conscious that if I were attacked…EVERYONE would say, “why did you put yourself in that situation?”