Souls Aside, These Nuns Just Might Save Your Life 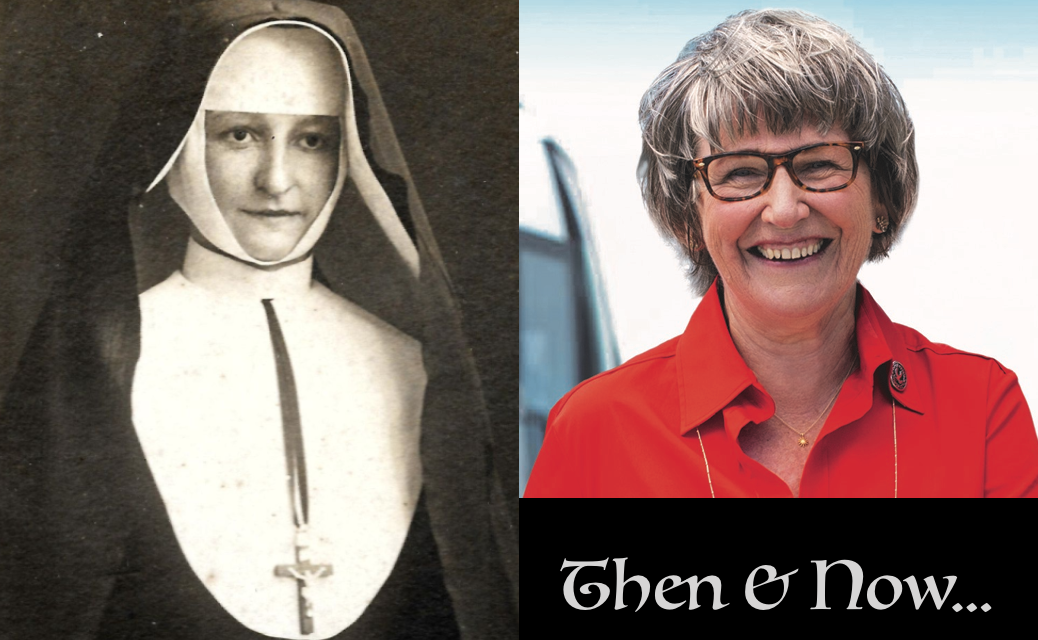 If you think Catholic Nuns live a simple life, praying all day long in a stone convent surrounded by meticulously tended gardens, removed from the secular world…think again! Catholic Nuns might be passing you, every day, in the grocery store, at your local hospital, along the halls of government, in your favorite local cafe, or outside the courtroom. No longer are they immediately recognizable by a “Whoopie Goldberg” style black & white habit…but care about you, and me, and our neighbors…they do.

As Sister Sandy Sherman expressed in an article titled Most Americans like Catholic sisters – they just don’t know much about them, she says, “I thought I would enter and I would teach school my whole life and I would wear a habit,” said Sherman, who joined the Order of Saint Ursula in 1975. “Well, I entered and I’ve never worn a habit.” Instead, she spends much of her time with Rahab’s Heart, “a street ministry program in Toledo for women involved in prostitution and sex trafficking. The group offers resources and hands out personal hygiene items, food and clothing.”

Perhaps you have heard of Nuns on the Bus, spearheaded by Sister Simone Campell and the Network Lobby (Advocates for Justice, Inspired by Catholic Sisters), who work across religious & secular boundaries in Washington DC, lobbying for social justice in America. Reminding me of why I appreciate the current Pope so much, these committed and brave women express their goals in this way: NETWORK’s mission and values arise out of the long and rich tradition of Catholic Social Justice. This tradition encompasses the written teachings of the Church (Catholic Social Teaching) but is also broader, including the witness of all Christians and people of faith committed to proclaiming the love of the Gospel and the justice of God’s kingdom in the public sphere. We at NETWORK are inspired in a special way by the courageous commitment of Catholic sisters living out Gospel justice. Catholic Social Justice is not a theory or an intellectual exercise, but rather how people of faith are called to live the Gospel in a broken and suffering world.

NETWORK’s sisters are heading across the country (they left Los Angeles on Monday, October 8th and are currently midway through their national tour), to help the American People hold their elected members of Congress accountable for their votes for the 2017 Tax Bill and efforts to repeal the Affordable Care Act. I love how Sister Simone Campbell explained, in her interview on Prose, Poetry & Purpose, the ways in which the votes of one California Senator hurt both the poor and the wealthy in their community. For those who assume anti-tax rhetoric will work in their favor, please consider that careful analysis of policy details may illuminate a different reality. If you, or your friends and family, live near Mar-a-Lago in Florida, consider joining the Nuns on the Bus at the end of their tour where a “Fiesta for the Common Good” will be held on Friday, November 2nd!

In a world where most of us are growing increasingly less trusting of organized anything (politics, media, religion, even non-profits), the view of Catholic Sisters remains consistently positive, and with good reason. I encourage everyone to listen to Sister Simone Campbell’s interview and then, take a breather from the torrential downpour of negative news. Check out a few of these links. Give yourself a gift & enjoy some good news (and I don’t mean that in a religious sense). Listen to women who have devoted their lives to us, to their sisterhood, to all of the people of the world…for they have much to share.