The Strangeness of Deserting Sustainable Villages 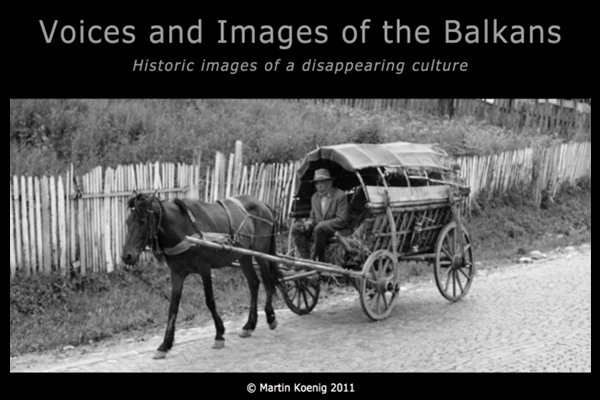 In April, 2019, I joined my son in Bulgaria. He was finishing a month-long visit with friends, and so I only explored this unique and historic land for five days. Not enough time to know much of anything, but this month (January, 2020) I had an opportunity to interview Martin Koenig about his book, Voices & Images from Bulgaria – ГЛАСОВЕ И ОБРАЗИ ОТ БЪЛГАРИЯ.

Martin’s voice is remarkable, so please treat yourself to his interview here, his bio here, and a quick dash to some of his historic photographic records here.

During our interview, Martin confirmed much of what I guessed at during my brief visit. Namely, that in Bulgaria (as in many places of our world) the villages are dying. There are so many reasons for this, but the primary and greatest causes are often lumped together under a single term: globalization.

But, what exactly is globalization? The actual definition (the process by which businesses or other organizations develop international influence or start operating on an international scale) doesn’t seem to cover it. Not by a long shot. It is my view that we’ve moved from globalization into a whole new beast which I’ll call, “global consumer monoculture.”

People are accessed by internationally similar influencers via rapidly expanding radio/television/internet connections, sold on this, that or the other, and then – understandably – they move toward that heavily marketed lifestyle which they now envision for themselves. Cities, as centers of trade and commerce, become the natural epicenter of the necessary accoutrement and voilá – we have self-selected migration. Not migration for the sake of survival, escape from violence, or as a result of catastrophic climate collapse. Not even migration due to a failing village culture or reduced resources.

I am not against this, but there are consequences. Some good. Some not. When Martin visited Bulgaria (1966 to 1979), young people were already moving to the cities, but villages were still relatively intact. Today, villages with over 900 residents (in the 1960s) are lucky to have 90. Most are over the age of 70. These century old villages, centered around immensely productive agricultural valleys, are effectively deserted. Ghost villages.

As a woman who has been blessed to travel through 20 different countries over the past three years, I have personally experienced a sad truth. The ambiance, in a city center café, in any or all of these countries…is the same. The food and drink are “typical” international city cuisine, the city denizens dress similarly (weather conditions aside), and the pattern of depending upon money to meet your needs is the “new normal.” Independence and self-sufficiency are dying out.

What does this say about our commitment to “changing” how we live, for the sake of life on Earth? When simple, sustainable villages that have provided water, food and basic resources to generation upon generation, continue to empty, as humanity swarms toward suburbs and city apartments, willingly choosing to become reliant upon imported everything…where is the logic?

Change isn’t change unless it’s different, and what needs to be different is the ways in which we live, day to day, season to season. Ironically (!) it is the ancient village lifestyle that is the new and different option. And obviously so. Communities that have endured for centuries, without devastating their natural resources, are a tremendously valuable commodity in a world on the brink of “running out of everything.”

Leaving me with a question: “Can we join the two together, and bring the joys of diversity and global inspiration to the endurability of sustainable, village simplicity?”

I don’t know, but it’s a question worth asking.