A Day in the Life of a Political (R)Evolutionary! 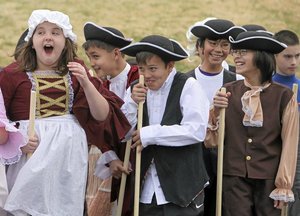 I am sharing forward Johnny Danger’s own experiences in the trenches of political activism. Let’s learn from his inspiring story and join together in pursuit of a sane and just world for all life…

Rain turned to snow and snow turned to sleet as the wind blew into my face whispering to quit but I trudged on canvasing and talking to students for 5 hours until polls closed on election day. I canvased and did chalk art for 7 hours on Monday. I volunteered all day at the Bernie Sanders Town Hall on Sunday and canvased on Friday night. I hosted a phonebank party last Monday. I have made so many Bernie calls over the past few months I could do them in my sleep.

I had friends with me most of the entire time.The lines were so long that 12 entire precincts in Portage County were last to report in the entire state but Bernie supporters stayed in them to vote. They told their friends and spread the word.

A young man, only 18 years old, knocked on 250 houses and a retired woman did so much in the office it’s hard to mention. Two dedicated and creative students created amazing chalk art with me that reminded students to vote wherever they went. So many people played a part I couldn’t mention them all. Adam, the local Bernie Sanders organizer, kept the ship straight and when all the votes were counted we won by the largest margin in all of Wisconsin’s 72 counties!

Amazing volunteer work and record turnout by young people gave Bernie his biggest win in Wisconsin! New York is next.