Wake up, Mr. Superintendent, and Smell the Desperation 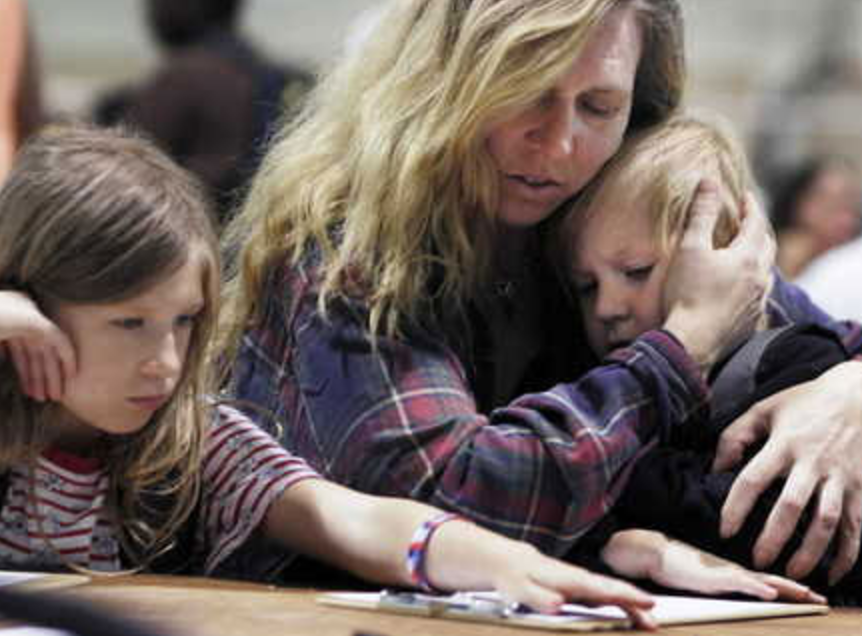 When our school superintendent behaves as if he has no clue what life is like for the members of his community…we are going to have problems.
In a recent conversation with the Vashon Park District (who the Vashon Island School District wants money from), superintendent Michael Soltman advocated for raising user fees for islanders/youth/parents.
Quote from Beachcomber Article, Wed. June 28th:
“You’re going to have to raise the fees, and I think you can be more aggressive in raising fees than you think,” Soltman said. “I think that if you can make up $20,000 or $25,000 or $30,000 with a fee increase and it makes you able to make the $75,000 commitment [money for VISD], you should. I think you can mitigate a lot of this by raising fees.”
A school district superintendent should be aware of the issues facing the school community. Vashon Island is imploding, faster and faster, and the economic cracks are widening. There’s a new “smell” of desperation and anger on Vashon Island, and those in pain are becoming braver about expressing themselves. The problem is on everyone’s mind, or it should be. In my opinion, Michael Soltman and the Vashon Island School Board have no excuse for ignoring these harsh economic realities. Given that Vashon Islanders (especially its families & its elderly) are grappling with dire economic straits…I am amazed that Michael Soltman is encouraging the VPD to squeeze just a little bit harder.
This cavalier attitude toward a community resource that matters so much to our school district’s “island-based students”…is a problem. Of course, for the HUGE number of students that VISD has intentionally and successfully encouraged to commute from off-island (are we at 30% yet?), the economic hardships of raising Vashon Park District User Fees won’t be felt. Why? Because…
Kids living in West Seattle, have 5 Community Centers to choose from (out of 35,000 people, that’s 1 Community Center per 7,000 people). While here on Vashon, we’ve got almost 11,000 people and 0 Community Centers.
Too bad our island can’t come up with, oh…maybe $10-$15 million dollars to build a community center that would benefit every islander! You know, something built near all three schools, offering warm indoor facilities for the cold winter months, open 10 hours a day, every day, with full-time & expertly trained staff, classes, a safe space, myriad resources and learning opportunities offered all week long for everyone (regardless of ability to pay)!
Only, maybe we do have what it takes…or, at least, we did?

NOTE: This article is only available to those who have an online subscription to The Beachcomber, so here are the relevant soundbites: “Indeed, after years of planning, designing and fundraising, VAA officials are proclaiming that the arts organization is nearing the final stretch in its effort to construct a $16.9 million arts center at the corner of Vashon Highway and Cemetery Road.” Yes, Michael Soltman was there, as members of the community (with excess funds) were being asked to voluntarily donate to this project. In fact, they got perks! “A $2,500 gift, for instance, could buy the naming rights to a seat in the theater, while larger donors could name the art gallery or the green room.” And, give generously our island did! “Just days after announcing the public campaign at the auction, VAA received an additional $1 million gift for the arts center from an island couple…”

So…I have an idea! How about Michael Soltman and the School Board turn their fundraising energies toward raising this extra $30,000 from the folks who can afford it? Hell! Why not ask the truly wealthy members of our island for the entire $100,000 a year that is needed?
That’s just 22,222 lattes a year…
Or 1,851 lattes a month…
Which is 62 lattes a day…
Can our Superintendent and members of the School Board find sixty-two (62) economically comfortable islanders who are willing to give up 1 latte a day (a donation of $1,612 a year) for the sake of our island’s children being able to play sports on an island with a serious teen drug and suicide problem?
Maybe.