And so it begins… 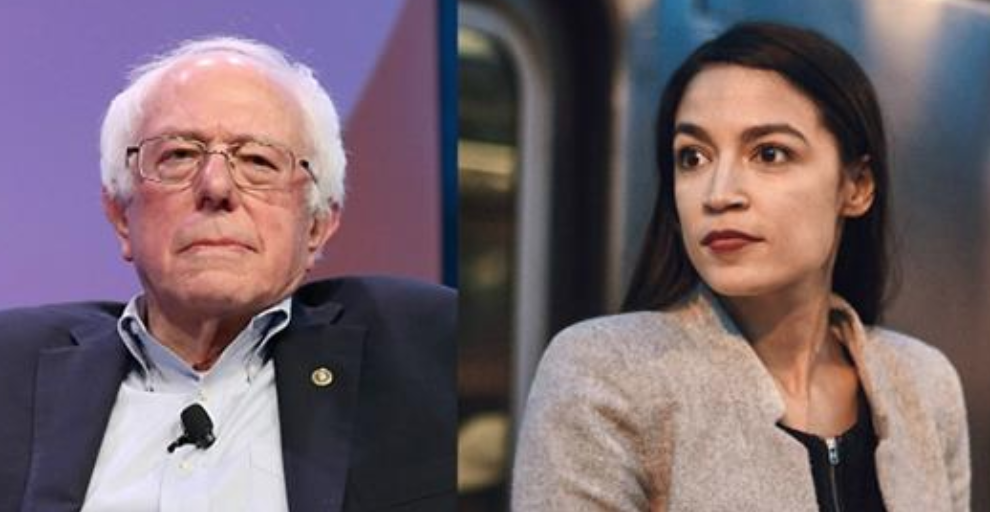 To those who think Bernie Sanders “lost” in 2016, let me clarify. Bernie Sanders’ Campaign won, BIG time, as the sold-out Sanders & Ocasio-Ortez rally in Kansas demonstrates!
Here’s a small taste of what we GAINED during the 2015-2016 election season:
Socialist Democracy is now ON the proverbial table, along with all of the opportunities that it offers. The MILLIONS of Americans who rose up to support Bernie Sanders, remain at the READY, empowered by a vast (and growing) web of people-powered communication & activism. The “once camouflaged” enemy of the people having power in America (those who controlled the DNC during the 2016 primary) have irrevocably weakened their position through endless acts of arrogant corruption. At the same time, millions of traditional members of the Republican Party were equally woken up to the fact that their own party has been largely co-opted. In the vacuum, knowing they couldn’t trust Establishment Dems, they turned to Bernie Sanders’ on-going campaign of outreach which lifted up their voices, valid concerns and important contributions to the conversation. And, two more years of deadly weather has driven home the point that HUMANS are the cause of CCC (catastrophic climate collapse). Into this chasm of political corruption and ineffectiveness, WOMEN, in particular, have been stepping up all over the nation…ready to lead us forward.
Thanks to the endless efforts of people everywhere, the distraction of Trumpism has failed. From the powerful response of many groups and individuals, to our nation’s egregious policy of separating poor, children of color, who fled persecution with their parents, to the Women’s March in Washington DC (which dwarfed the inauguration one hundred fold)…Americans are confirming that WE WILL NOT allow fascism. While George W. Bush and Cheney were able to pull the wool over our eyes and push us into a Military-Industrial All You Can Eat Buffet of war-mongering and international positioning (to the tune of MILLIONS of murdered Iraqis and many thousands of damaged, young American soldiers and contractors)…the vast majority of the American Population ARE NOT buying Trumpism.

And now we see them. “Hi guys & gals! Thanks for showing us your feathers…we won’t forget you anytime soon, NOR will we be voting you back into office.”
And…in the desert of our despair, Americans thirst.
Young people thirst for hope and sanity.
Elders thirst for the social services they paid for.
People born into poverty thirst for Compassion.
People imprisoned by laws designed to grow our prison population thirst for Justice.
The wealth class thirsts for real meaning and purpose (whether they know it or not).
Soldiers and their families thirst for the peace of serving a fair and decent nation.
Travelers thirst for pride, when they flash their passports.
Children thirst for adults worth emulating.
And, as we move into the 2018/2020 election cycle, ALL Americans thirst for moderation, wisdom & NO “Citizens United” or PAC-funded corruption from their “fairly elected” political representatives.
Am I optimistic to believe we may have “hit bottom” hard enough to turn things around? I don’t think so. I think I’m realistic, because America is essentially “coming of age.”
I’m a mother of two teen boys. This September, they will turn 17 and 20, and in the next decade, they will make many mistakes. Coming of age is not an easy thing. They are accomplished children embarking upon their first “baby steps” of adulthood. THIS is how I think of America. Aside from Bernie Sanders, the 2016 Primary and Election Season was full of the behaviors we expect to see from college students during Spring Break in Florida. One last burst of selfish childishness, with no regard for consequences or others, brashly racing toward instant gratification, all while refusing to take the advice of those who encourage caution OR have “been there, done that.” Why? Because “I’m an adult now!”
Yes, America. As a colonial nation, spoiled by the riches of a stolen land, raised up in a period of European Empire Building, which promoted the addictive habits of resource exploitation bolstered by war profiteering, and still enamored of material wealth, class and power over others…we are 242 years old.

That means…no more excuses! It’s time to grow it up and act like the adults most of our voting population is made up of. We’ve had every opportunity to learn from our mistakes, and between now and 2020, we have to start acting like it.

From this news clip, it’s obvious the thirst is there…now, let’s take the actions necessary to get out of the desert and back into a garden that is shared equally with all of Earth’s denizens.