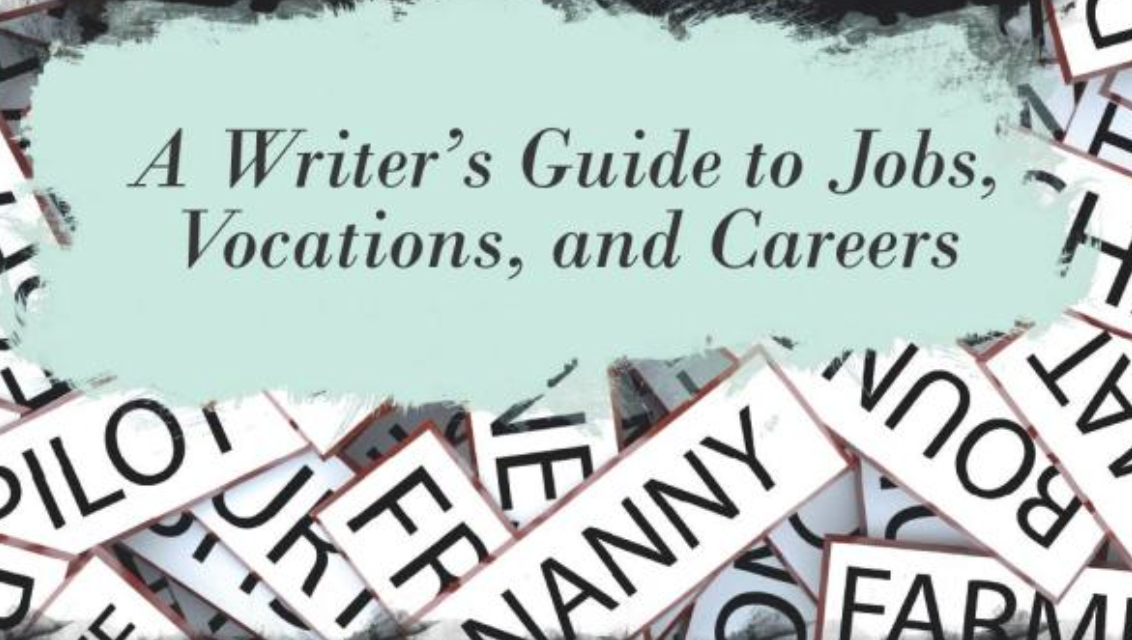 The Occupation Thesaurus is the newest in a series that never fails to impress, but before I wax lyrical about all that I enjoyed, let me reflect on the few reviews I’ve seen that were distinctly negative. There is one primary complaint that rises above all the rest: insufficient number of occupations or too much specificity and too little generality.

Aside from the obvious fact that the authors would need ten such books to cover all the occupations one could think of in America alone, I think it’s important to ask ourselves what is the fundamental purpose of these thesauruses? It is not to tell us what to do or think, aka: write our stories for us. I know this because I interviewed Becca Puglisi on my FM radio show/podcast Prose, Poetry & Purpose and she was explicit about trying to avoid being a “cut and paste” resource for writers.

So, what does The Occupation Thesaurus offer? So much!

First, let’s dodge writers as a demographic entirely. I’m a mom of two sons and a “sometimes mom” to many of their friends, and I immediately found myself thinking that The Occupation Thesaurus is a truly superior career exploration guide for families talking about the future with their teenagers. When you go to a career counselor, they might have you take an aptitude test or even a personality test, but most conversations are incredibly short with a shallow focus, which is odd if we’re talking about what a person may do 40+ hours a week for the rest of their life. The Occupation Thesaurus does so much more, and that’s why it is so valuable to the #WritingCommunity.

Let’s face it. For most fictional stories, the more real the character, the more real the reader’s attachment, emotional vulnerability and investment in stakes. When we look at the 2-page spread for each of the occupations included in The Occupation Thesaurus, we do not merely learn about the dry aspects of the job…we are invited to delve deeply into the psycho-social aspects of life, the ways in which personality and past trauma can play a role, the daily benefit gained on an emotional level and the ways in which we can directly use an occupation to portray a character or twist a character’s occupation so that it indirectly tells us much about him or her through omission or stress.

Becca and Angela invite us to think about the role of a character’s occupation within our storytelling in a way that is both unique and complete…allowing us to practice applying these questions to the occupations they include, so we become adept at doing so with myriad other occupations. This is absolutely necessary if you write fantasy or sci-fi and your characters are engaged in professions that don’t even exist in the real world, right? So, the beauty of The Occupation Thesaurus is that Becca and Angela have used concrete examples we can fairly easily recognize and understand to help us warm up & exercise our brains, expanding our thinking in the process.

Whether you’re using this book to help your child explore the “reasons” a person may have for choosing one or another career path…or to evaluate your current career and perhaps help yourself pivot into a better field of work….or in an effort to hone, refine and round out your fictional characters for greatest effect…I believe The Occupation Thesaurus will earn its inch and a half of space on your bookshelf!