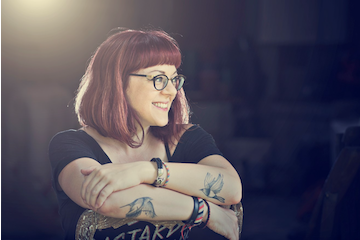 VICTORIA “V. E.” SCHWAB is the #1 New York Times bestselling author of more than twenty books, including the acclaimed Shades of Magic series, the Villains series, the Cassidy Blake series and the international bestseller The Invisible Life of Addie LaRue. Her work has received critical acclaim, translated into over two dozen languages, and optioned for television and film. First Kill – a YA vampire series based on Schwab’s short story of the same name – is currently in the works at Netflix with Emma Roberts’ Belletrist Productions producing. When she’s not haunting Paris streets or trudging up English hillsides, she lives in Edinburgh, Scotland, and is usually tucked in the corner of a coffee shop, dreaming up monsters.