If you’re giving up – we don’t need to hear about it. 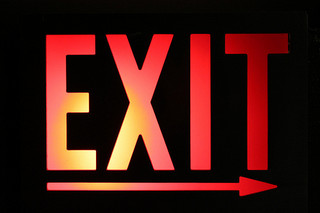 PREPARE FOR A RANT WITH A PURPOSE…
I don’t think I’ve “wished” once in the past year. I’m not that type of person. And I do not “believe” shit. I “know” shit. It’s called data and math and sociology and history.
Do I believe I have a clear idea of the “pulse” of America & the world? YES. Do I study strategy and focus on numbers? YES. Have I spent a YEAR making predictions (and planning events in accordance with those predictions)…and  been right every time? YES again.
There is ONE THING and ONE THING ONLY that will cause this Political (R)Evolution to be derailed…or successful.
The Will of the People. The WILL, people. So, think about the impact of your words. Please.
To me, it is entirely inappropriate for a person who supports Bernie Sanders’ Platform and the Political (R)Evolution to be (publicly) anything other than encouraging & honest about our options.
And, as Bernie Sanders explained at his Press Conference just a day ago (in the attached video)…WINNING in a very real option. Of course, LOSING (and I don’t mean the Nomination, I mean the Election in November) is also a very real option.
BECAUSE losing in November is very likely to happen if we suffer from “Premature Capitulation” and allow for a Hillary Nomination. I have children. I love our planet. I will NEVER support a Hillary Presidency through weakness or inaction.
There’s an old adage, “If you don’t vote, don’t complain about politics to me.”
Well, here’s a new adage:
“If you give up before the National Convention…then just don’t talk to me as a pro-Citizens United Supreme Court nominee lands in office, as TPP robs us of our national sovereignty, as Monsanto’s DARK Act becomes national law and we can NEVER know what’s in our food, as Fracking goes on un-contested, as Endless War becomes the norm, as you file bankruptcy because of outrageous medical bills and do NOT bitch to me when the next Wallstreet-Created economic collapse robs you of your home….”
SURE, the doubters may be right.
But, what if you’re wrong?
Maybe it’s your duty to NOT jump the gun? Especially when CA residents haven’t even had their votes counted!!! It is thoughtless and terrible strategy to slather undermining perspectives all over your neighbor’s Facebook feed, folks. I mean, Geez!
CA matters big time – Hispanics are registering to vote at extremely high rates. Do you think they don’t matter? There were a BUNCH of people trying to say OUR Caucus on March 26th wouldn’t matter. THEY WERE WRONG.
Don’t we at least owe our fellow California-Americans our encouragement? This may be their moment to SHINE! Who am I, who are any of us, to rain on their parade? To tell them, “Oh, I’m despondent and discouraged and I’m going to focus on that right now, rather than put my energy into phone-banking to CA and encouraging all of you to join our Political (R)Evolution!”
GROW A SPINE, PEOPLE! YOUR FAITH IN A FUTURE WORTH FIGHTING FOR IS ACTUALLY THE FACTOR THAT WILL DETERMINE WHETHER WE SUCCEED OR FAIL. DON’T YOU GET THAT?