My Offer to Hillary Clinton Supporters… 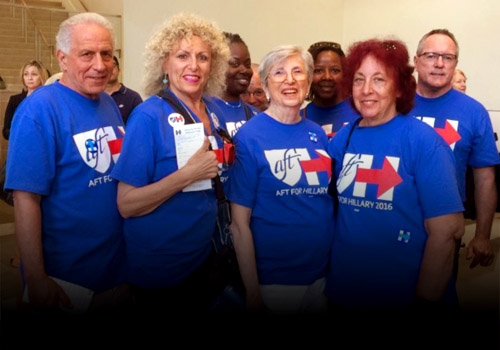 First off, I have a reason for doubting Hillary Clinton. I’m going to share one example. THEN, I’m going to make you an offer that I hope you can’t refuse…

Common Bernie Supporter Concern:
The idea that Bernie is “permanently” pushing Hillary to the left is ridiculous. It is predictable that this woman will say (as she always has) whatever she needs to say to get votes…and then she’ll support Big Industry once she’s in office. And here, we see PROOF in her own words that she is *already* doing this.

If you can’t follow the link, here’s what happened:
When faced with a coal industry worker who lost his job, Hillary literally explains the importance of making sure that we *continue* to burn and mine coal. This man wanted to hear that he would get his job back, and she told him exactly what he wanted to hear.

But, hey!
I can be flexible.
I can compromise.
I know I can’t get everything I want.

So…I’ll offer you a deal!

Dear Hillary Supporters,
YOU vote/caucus for Bernie Sanders (who is everything you like about Hillary x 10) in the primary and I’ll vote for the Democratic Nominee – no matter who it is. Seems fair to me. YOU take a leap of faith, throw your weight behind true change, and tell our children that you’re brave enough to do what needs to be done so they still have a planet to live on in 50 years…and I’ll commit to ensuring that my vote does NOT help Trump.
~  March E Twisdale