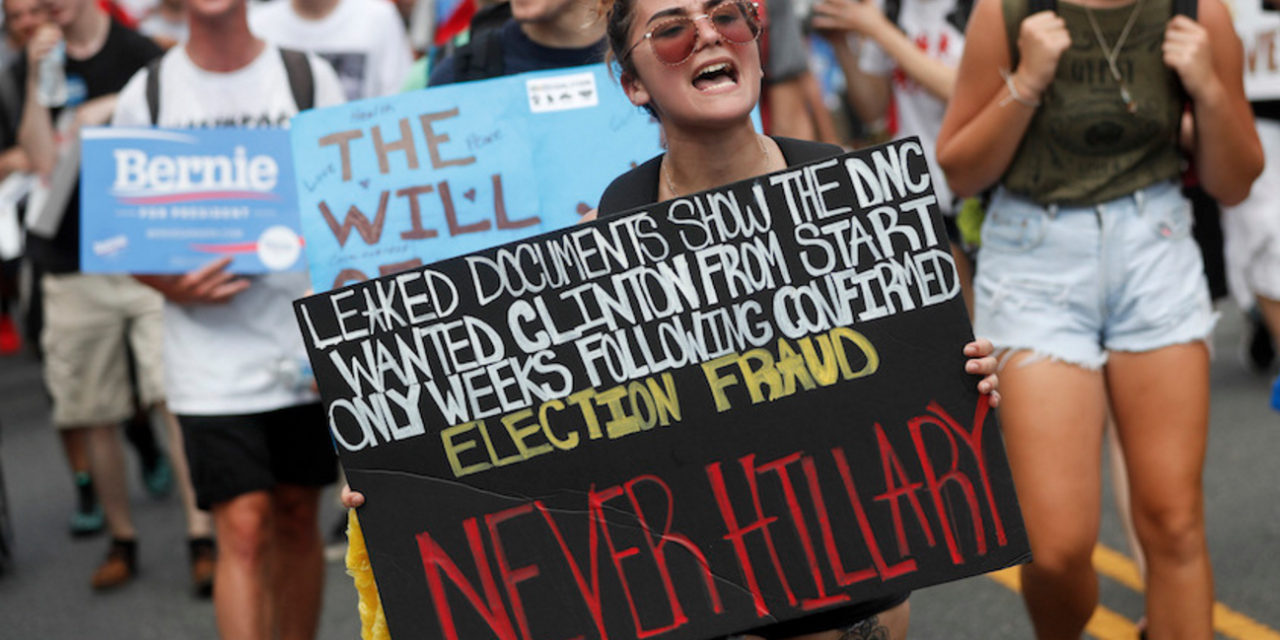 But, let’s try our best to repeat good history, not bad.
Philadelphia is the city where British subjects faced the hard reality that they had NO VOICE in the government that ruled them. Some British subjects became brave enough – enlightened enough – aware enough – and committed enough…to choose a different path. Without asking for permission, they stepped out of the box and The United States of America was born.
In 1787, Thomas Jefferson — who was then living in France — wrote a letter to his friend William Smith. In the letter Jefferson wrote the following words: “If they remain quiet under such misconceptions it is a lethargy, the forerunner of death to the public liberty.”
If Thomas Jefferson were to join us in Philadelphia, who doubts that he would stand with Bernie Sanders and his fellow Political (R)Evolutionaries?
Of course, he is not here in the flesh, but he is here in thought & in word! He wrote diligently and excessively, so that we could benefit from his life of action, as he knew that the pursuit of a better trajectory for a troubled world…never ends.
One more quote from that same letter: “The tree of liberty must be refreshed from time to time with the blood of patriots & tyrants. It is it’s natural manure.”