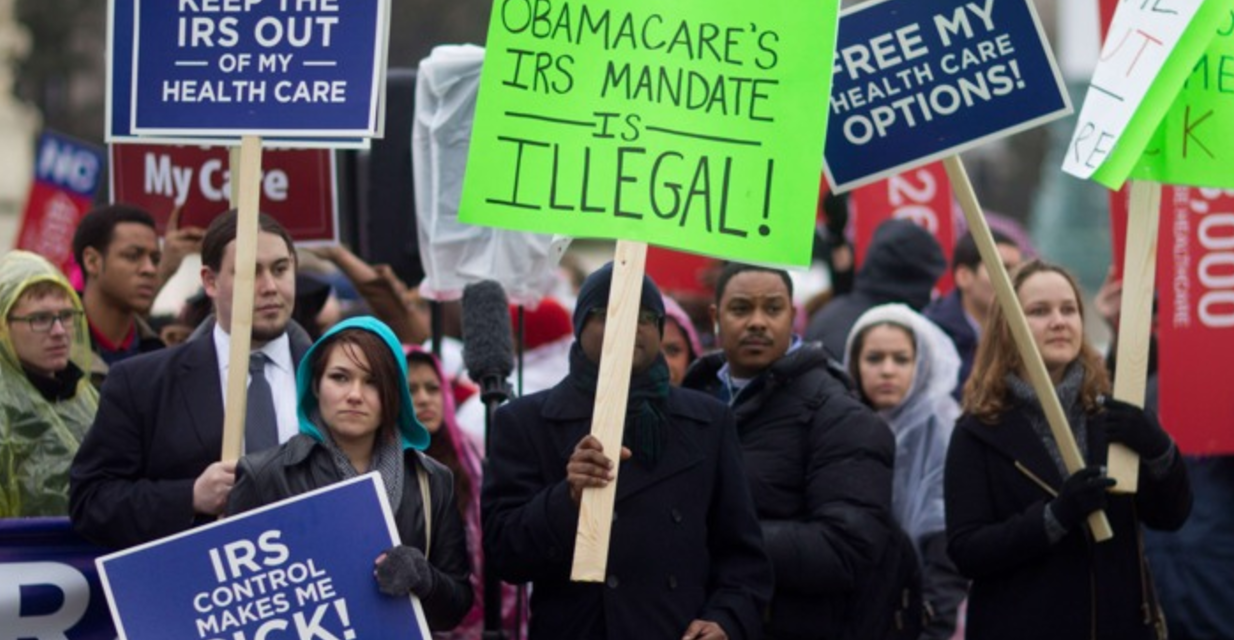 A wonderful young person just asked people to sign a petition to “save Obamacare.” I understand her sentiment but I think the entire country is misguided on supporting this program. Here’s why:

I think one of the reasons Trump won is because of the damage that Obamacare has done to Americans across the country and the Democratic Party Elite’s arrogance in believing they could dismiss these people out of hand. Just look at the image I selected for this article. Those are young people, millennials, protesting Obamacare…and most of them are not white. There is a reason.

The Democratic Party then proceeded to trumpet loudly about those who “benefited” while touting Obamacare as this “great success.” BUT, those who were deeply hurt by the program were utterly ignored.

The media ignored them.

The Democrats ignored them.

Fellow “progressives and liberals” ignored them.

Even worse, if you criticized Obamacare, you came under rapid fire: “No, no, no! Obamacare is good for America. How dare you criticize it? Do you want people to be without healthcare?” And so on.

How does this feel?

This feels terrible. This feels unfair. This feels powerless. This feels like…“Hey! I don’t trust those people anymore. Screw them! I’m voting for Trump.”

Obamacare is a nightmare on so may levels. I have friends who benefited…and I have friends who are being hurt every single day by this program. This means it is BAD. It is a typical ruling class/elite dodge. Take from one class of people and give to another class of people, all while bypassing the wealth class. In fact, it’s even worse than that, because now those who have received health care as a result of Obamacare are being pitted against those who have seen their individual insurance rates skyrocket, to cover the costs and ensure that CEOs and Shareholders continue to reap their rich rewards. So, once again, we’ve got poor & middle class Americans being pitted against one another! Anyone surprised?

Of course, to literally add “insult” to injury, Obamacare crosses a line that I never thought would be crossed. This policy actually forces people to purchase a corporate product, as a basis for simply being an American Citizen. It is a form of “obligatory consumerism.” And, what are we being forced to buy? The profit-driven product of an insurance company! If I were dead, I’d be spinning in my grave, and I’m not alone in feeling appalled at government-mandated shopping. So, back to the original premise of this article: who doesn’t think this was a “recipe for disaster” for Democrats heading into the 2016 elections?

Single Payer or extremely regulated insurance (like Germany and Japan) is what we needed.
And, it is what we still need. Why? Because it works!

If you look at medicare (a government-run, single payer system), and you compare it (competition style) to the efficiency of For-Profit medical insurance companies…it’s extremely obvious which one wins. Single Payer is, without a doubt, the cheapest option for providing quality healthcare to all people in our country.

Let me say that again. A single-payer system will OUT-COMPETE a For-Profit system. Why? Simple. Both systems provide identical services, but the For-Profit system is required to provide a Profit Layer for its shareholders and top execs. To me, it is that basic.

Seen arguments saying the opposite? Yeah, me too. In fact, I’ve been all over the internet, reading up on this for years (and years). As is always true with statistics…you can pretty much manipulate the data to prove your point.

So, let’s use our noggins for a minute. Imagine two companies. They incur the same costs for infrastructure, overhead costs, administration, advertising…and they provide the same services for essentially the same clients.

BUT, one of them has a greedy CEO who demands huge bonuses for her work as the head of the company. Meanwhile, the other company has a generous and humble CEO who gratefully appreciates a reasonable compensation package. Automatically, at that moment, one company will have to charge a higher fee than the other…simply to produce that extra thick layer of profit. Right?

All of this is to say that … IF … the people of America want to change their health care system from a multi-layered, profit-generating cake into a thinly frosted and thrifty single-layer cake…then we must be prepared for political and economic war. WHY? Because that goal puts us on a direct collision course with “health care” profiteers.

So, why did we end up with Obamacare? Because it was what the insurance industry was willing to give to us, and we were too weak (politically) to demand what we truly needed.

In short, when the American People “settle for not enough,” that’s exactly what they will get. And, the Democratic Party has become extremely good at convincing Americans that they “can not have” what they need. That we “can not achieve” our truest and best goals. That all  of us (the 99%) “must settle for” a compromise that is so far from what we need that it’s killing us.

In this way, fighting to protect Obamacare is like fighting for the right to starve slowly. I prefer a better target for my activism.