Seattle Goes Crazy – And For What? 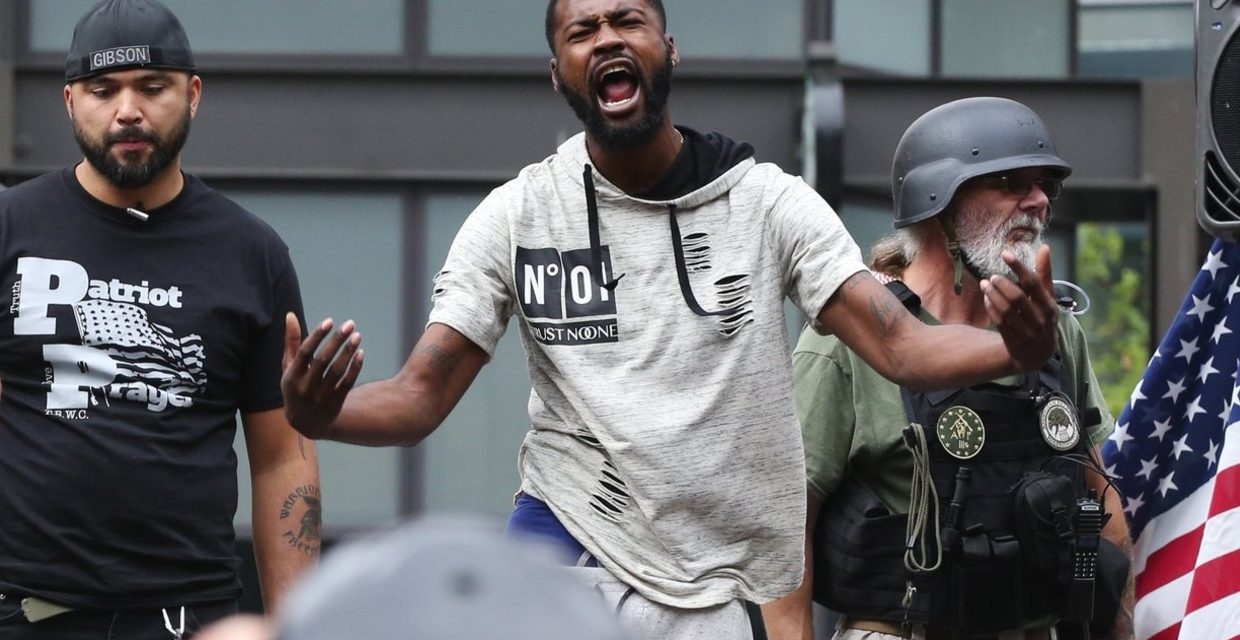 Tell me how this is a bad message?

(1)  According to The Seattle Times, “Leaders of the Patriot Prayer group — among them Joey Gibson, left — gave the microphone to anyone who had something to say Sunday. “I’m not right-wing. I’m not a conservative. I just believe in the Constitution, and I believe in freedom,” Gibson told the crowd.” YET, right before that, The Seattle Times makes the claim that a young man, who wished to lead a #BlackLivesMatter chant (which is beautiful and true and absolutely vital for our nation to fully back up and support) “took the stage” from the Patriot Prayer group.

(2)  Question: How can these two statements be true? Is The Seattle Times trying to stir up emotions by suggesting that Arthur Ford used violence to “take the stage” by force? Only to negate themselves with the very next sentence, where they acknowledge the “stage sharing” approach of the rally? It’s a question worth getting an answer to, as it suggests that (as always) mainstream media is trying to stir up trouble, rather than report honestly and objectively.

(3)  I am still doing research. I will learn more about this group. And, I will come back to give an update, if what I learn is significantly different from what I’ve learned so far. However, in the meantime, I encourage every human being on earth to spend more time listening, researching, questioning and behaving in an admirable and constructive manner…and far less time reacting with violence or based upon assumptions.