The Upside of Societal Collapse 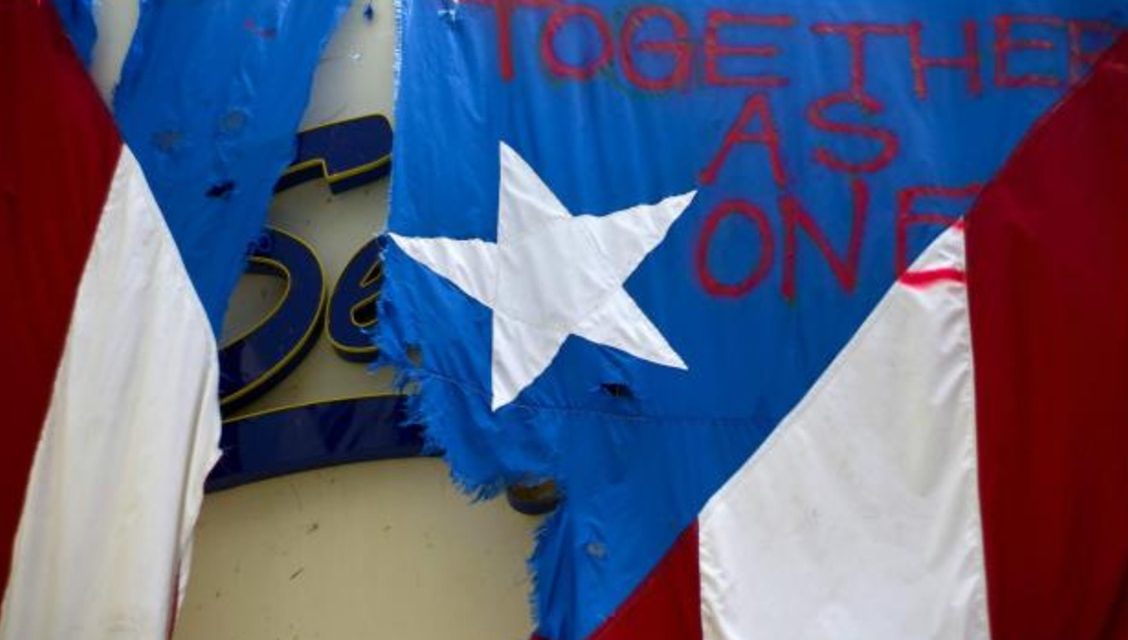 There are plenty of articles being written about the terrible events of Summer 2017. Especially Puerto Rico. And they should be. The lessons this catastrophic summer offers are wasted if we merely look for them to end…go away…be over. Because, this is just the beginning, isn’t it?

And so, for the sake of curiosity, I would like to ask the following question: “What might 4-6 months without electricity actually look like?” Our knee-jerk reaction is to assume it’s a terrible thing. What if that is not the case?

The sad truth is, most people do not make significant changes until their lives are on the line. And societies? Well, they’re made up of humans. Doesn’t exactly bode well for the whole “do the smart thing voluntarily” idea, does it? Without change being forced upon us, we are a complacent and habit-oriented species.

Summer 2017, has reminded us that waiting is no longer an option. With not one (once in a lifetime storm) this summer, but three (!), I guess we’ve arrived at the moment where putting it off just isn’t feasible any longer.

How will we react? Differently. I am 44 years old (well, okay…I’ll be 45 in 5 days), and I grew up on Little House on the Prairie, Tasha Tudor, Huck Finn and Jane Austen. You know. Stories written about life before electricity. My Granddad is 97 years old, and he grew up during the Depression, when an apple was a fine Christmas present! And so on. Who we are, shapes how we view life and what we expect of it.

Which brings me back to Puerto Rico. A situation which is both tragic and utterly predictable (read this). At this moment, the people of our country need to fully grasp what is happening right now to almost 4 million Americans, and I commend those who are covering the situation with vigor and commitment to truth.

But, I do not want to choose a viewpoint of endless fear (read this).

I live on a rural island, in the Pacific Northwest, with minimal emergency services and lots of trees that land on lots of power lines during the winter. Unlike some of my friends, who fully maintain their homes with electricity, we heat with wood and cook with propane. This means that my example has almost nothing to do with what the people of Puerto Rico are currently enduring, but there is still one thing I have come to appreciate about our cold, winter power outages.

My point being, “what will our fellow Americans DO with their time,” when all of their modern electrical distractions are gone – not for days or weeks, but months? Chances are, they’ll learn a bunch of new skills! Americans are so self-centered in their basic thinking that they tend to forget that 1.2 Billion (with a B) humans live without electricity in the world every day. It is not, in other words, the guaranteed catastrophe that we tell ourselves it must be.

It is simply different. Consider, for example, walking or riding a bike, in order to share the local news with three nearby neighborhoods who will pass it on to the next and the next and the next? Consider being the person who records that local news report, in longhand on a notepad, since printers and photo copy machines don’t work anymore? Consider bringing joy to your friends, family & closest neighbors by performing a skit, writing poetry, reading a novel out loud, singing songs…or imagining a better system of government (?)…and so on.

Americans with electricity (because there are dark regions in our country that consistently lack all sorts of basic services) have grown accustomed to the modern life that surrounds them. We even say stupid things, such as: “The greatest invention of all time, without electricity the world would stop turning.”

Really? How melodramatic and culture-centric. Remove the power, and I’ll tell you what happens. It takes us awhile to adjust. But, adjust we can and, as our most recent Summer of Catastrophe has proven, we must.

How about cooking? If 90% of the folks in your neighborhood have electric ovens…and yours is propane, then your kitchen may become a cooking hub for the entire street, with your neighbors helping to cook, deliver, wash up, and transport meals. And, like was true for most of human history….food will need to be produced and eaten, within a few hours. Except baked goods, right? Imagine the “bread-making” skills that people will rediscover?

In a culture that pushes us to buy, buy, buy…perhaps we need a catastrophic emergency to finally push us back into the sustainable pattern of share, share, share? Disasters have a way of showing us what really matters. People, by necessity, begin to decide what is and is not worth preserving. What a person thinks of first, when their house is on fire, reveals who they love and what they truly care about. This happened to me, in the middle of the night, when I was nineteen, and I found myself standing on the front lawn, coughing out smoke, with my pet rats and my photo album. Quite the insight, that.

In a nation filled with empty homes and homeless people, what will we be able to learn from our fellow Americans in Puerto Rico over the following year? Humans are social creatures, with a very real need for connection with others (read here), and during times of distress and collapse, that need increases by a thousand. As our fellow Puerto Ricans gather together, in the remaining 10% of buildings which offer true shelter, they will share needs and goals. Only through cooperation will they be able to achieve them.

At this time, these questions are no longer hypothetical. They are crucial and unavoidable. Over the next 4-6 months, BILLS will no longer be payable by most who live in Puerto Rico (as there is no mail service or electricity), NOR should payments be expected for at least 6 months (preferably 12 months!) during the initial catastrophic recovery period. Further, ALL recovery efforts should be done with as MUCH local labor as possible, AT PROPER, UNION WAGES, allowing for Puerto Rican Americans to dig themselves out of both the physical and economic rubble they now find themselves in. Anything less than this, would be inhuman…but we must watch for it anyway. Those who value wealth over people have long practiced the inhuman art of pleasant excuses and distractions.

We must not allow this to happen. The time for denial and obfuscation is officially at an end. Eyes open, people! The time for conscious change and bravery is upon us. Remember: “Together, there is nothing we can not do.”

Finally, I must address those who suffer from chronic health issues for whom electricity is necessary. We have LONG known that the weakest among us would be most at risk when Catastrophic Climate Collapse arrived on our doorstep. Many good people in need of routine, high-tech medical support will die, disaster by disaster. But that number is dwarfed by those within our nation who also die, day by day, for want of basic medical care. This slow moving apocalypse did not grow from a small possibility into a national disaster in barely 36 hours. We are not caught unawares. No, the health care tragedy unfolding across our nation is perfectly predicted, universally acknowledged, and yet…it is still allowed.

Ask yourself again, “Who believes money is more important than human lives? Who refuses to forgive debts, even if it means lives must be destroyed? Because, those who do believe this, are in power today. This, too, must change.

During these uncertain times, I take comfort in the knowledge that when a crisis shakes us about, our habits get loosened up or fall off entirely, leaving us lighter, more agile, more creative, more flexible, and more open-minded to all the possibilities we may have lost track of along the way.