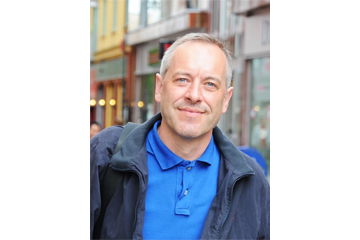 Bruno Kaufmann is a trained political scientist, conflict researcher and journalist. He is member of the city government of Falun/Sweden, where he chairs the Democracy Council and Election Commission in Sweden [falun.se/democracy]. In 2001 Bruno Kaufmann became the first director of the Initiative & Referendum Institute Europe [iri-europe.org] ­­­, a nonpartisan research and educational institute with headquarters at Marburg University (Germany). He is research fellow at the Centre for Social Cohesion at Arizona State University and editor-in-chief of people2power.info, a media initiative hosted by the Swiss Broadcasting Company. Kaufmann is co-president of the Global Forum on Modern Direct Democracy [2018globalforum.com] and has written numerous books including Guidebook to Modern Direct Democracy (published in 12 languages) and is author of European Passport to Active Citizenship (available in 22 languages) and the Global Passport to Modern Direct Democracy (IDEA, 2017). Bruno is the Global Democracy Correspondent of the Swiss Broadcasting Company {swissinfo.ch/directdemocracy} and the Director of International Cooperation at the Swiss Democracy Foundation {swissdemocracy.foundation}. Contact: kaufmann@iri-europe.org.