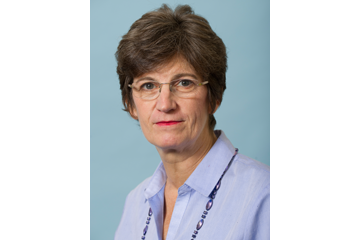 Mary Holland is Research Scholar and Director of the Graduate Lawyering Program at NYU School of Law. She has written several law review articles and blog posts on vaccine law and policy and is the co-author and co-editor of the book Vaccine Epidemic (Skyhorse Pub. 2011 and 2012). She has testified on vaccine matters at the United Nations and in the New York, California, Maine, West Virginia and Vermont legislatures. She has lectured widely and has appeared in several documentaries and on various television and radio broadcasts. She is chair of the advisory board of Health Choice and a member of the advisory boards for the Elizabeth Birt Center for Autism Law and Advocacy, the Institute for Pure and Applied Knowledge, the World Mercury Project, the Otto Specht School and Actionplay, an equal access arts program for children with autism and special needs.

Educated at Harvard and Columbia Universities, Holland has worked in international public and private law. Prior to joining NYU, Holland worked for six years at major U.S. law firms as an international transactional lawyer, with three years based in Moscow, Russia. Before that, she worked at a U.S. human rights advocacy organization as Director of its European Program and as a judicial clerk in the U.S. District Court for the Southern District of New York.