We Must Believe It First 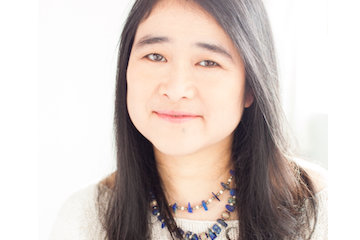 Three months ago, I got up the gumption to invite one of my lifelong favorite authors to join me on Prose, Poetry & Purpose. I’ll admit, my email was a gusher. Michelle Sagara is a phenomenal creator of complex worlds, peopled with characters that pull at your heartstrings and leave you cheering for their successes! She is also an innovator of belief! And, although this was not her direct intention (as she mentions in her interview), it was her effect on me (and I believe all of her readers).

Earth, as a whole, is finally facing the incredible craziness that has left nearly half the human population in a systemically powerless position (women, the mothers of us all), and part of this global reckoning has arrived in the form of the #MeToo movement. Like all women on Patriarchal Earth, I have experienced sexism on multiple levels. I have been groped innumerable times, by fellow students in High School, in work environments, while riding my bike (yeah, how does that happen? I’m lucky the jerk didn’t knock me off my bike or hit me with his car), and more.

Yet, still. When the #MeToo Movement took off and women in my community began to post their personal experiences, I was shocked. The sexual abuse of 50% of our species by the other 50% of our species has been so accepted, normalized and therefore hidden or unspoken of that even I was unprepared for the veil to be pulled back. It’s like, “we knew, but we hoped we were wrong.” No. We weren’t wrong. Yes, it’s been that bad.

On this planet, nothing happens within the human sphere of influence until humans dream it up, obsess about it for awhile, gain allies, choose partners, make plans and go about doing it. Nothing. Even the great inventors and visionaries of the ages, no matter how isolated and quirky, did not live in a vacuum, and of course, beyond great ideas there is the monumental task of actualizing the idea. But first, there must be the idea.

Story serves a vital function in the creation of all ideas. Fable. Myth. Legend. Parable. Yarn. These are how humans teach. Verbal or written, sung or carved into rock…stories are the foundation upon which human society exists. Every society, large or small, modern or ancient; we are nothing without our collective memory and the handing down of culture from one generations to the next. For this reason, any true sea change must come to us as a story – and one we can believe in.

In 2013, I dreamed up the idea of Prose, Poetry & Purpose because I knew then what I know now. We can intellectualize ourselves into the darkest of holes with amazing skill and the appearance of flawless logic. It happens over and over again. Every cultural evil on Earth was first justified in a manner that became acceptable to the majority and then, it flourished. People have committed extreme harm to others, from the Crusades to Mao’s Revolution to late 20th Century Australian policies against the Aboriginal People who existed for eons on that island continent. All were sold as a public good; providing proof that relying upon our minds – alone – for guidance as to what is right and wrong, backfires again and again.

Our hearts, however, rarely lie. It is for this reason I believe fiction can play a greater role in crafting the future and stimulating individual & communal change. An Inconvenient Truth, by Al Gore, was powerful and influential, but it also generated a wave of despair as people quickly became overwhelmed. Those people, desperate to escape their discomfort, rapidly became enamored of talking heads who assured them it was all a hoax or an exaggeration, swelling the tide of denialism. Why did some people respond in this way? Because An Inconvenient Truth sought to change minds…not hearts. That left us vulnerable to mental arguments that could dance circles around the weakening, melting truth.

Meanwhile, The Hunger Games, not only fictional but also dystopian – putting us hundreds of years into an imagined future – probably had a greater and more lasting effect on how people see the world today, what they’d like to strive for and who they’d like to emulate. Why? Because we walked in the boots of the heroine, cried for the deaths of her allies, despised the people who chose personal comfort over morality, and hoped that WE would be like those who put their lives at risk in the pursuit of a better world. We might have admired Katniss for her gumption and Gale for his tough spirit, but it was Cinna (who risked his life, despite his position of ease and fame) we were most proud of and Peeta (who held onto his gentle heart, despite the crushing forces wielded against him) who we truly fell in love with.

In short, before we can strive for anything…we must believe in it. We don’t even have to believe it’s possible! Many doubted we would walk on the moon or land on Mars. But, we believed in the idea enough to try. This is the fundamental basis of inspiration, and to correct thousands of years of inequality…we need some serious inspiration!

Michelle Sagara joins a long list of authors who have brought empowered female characters into my life. These characters have fed my soul, grafted confidence onto my heart, and convinced me that equality is possible here, in the world I inhabit, as well as those imagined by brilliant writers. These stories…these novels…these summer reads…are one of the ways in which young girls & women begin to dream of (and believe in) a more equal world, and through their changed hearts, we may eventually achieve that righteous goal.

There is one simple truism: All Humans Are Born Equal & All Have A Natural Right to Pursue Their Own Chosen Purpose.

Michelle Sagara’s Interview Airs at 2pm Tuesday, July 13th on 101.9 FM KVSH
And…just before her interview, at 1pm, Garth Stein joins me
to discuss his new graphic novel series, The Cloven (based on Vashon Island!).

You can also LISTEN 24/7/365 to Prose, Poetry & Purpose Here:
https://www.marchtwisdale.com/ppp-podcasts/