The Path Keeper – Bk 1 of The Indigo Chronicles 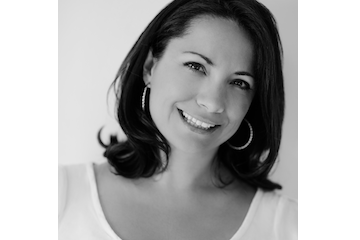 NJ Simmonds has mastered the Art of Perseverance. Over a decade, if I recall the story correctly, she has worked to bring these characters and their complex world to life, for our enjoyment and betterment. This is what all great fiction accomplishes.

When I bought The Path Keeper on Audible (my favorite invention ever, maybe?), I wasn’t sure what to expect. I’ve known Natali only a few months, mostly via Twitter & as a guest on my FM Radio Show Prose, Poetry & Purpose. While I’m immensely impressed with her website and her professional approach to her writing career, I’d only read one of her other books previously. As I listened my way through the novel, while pruning grape vines, cooking meals and nibbling wild berries on long, ambling walks…I can summarize my reaction with one word, on repeat. Surprise.

In general, while the world of publishing begs authors to bring them fresh, new spins on age-old stories, there are also a lot of ways in which writers are encouraged to stick to certain rules. This makes sense, as a way to hedge your bets and increase your chances of reaching readers who are beginning to develop specific expectations, but is that in service to them? Or the story?

Natali doesn’t exactly break the rules. She bends them, and with apparent enthusiasm. Multiple points of view? No problem. Time travel? Sure! These two alone are often spoken of in hushed whispers, accompanied by groans of agony and the sage nodding of heads, as the overall challenge offered by each is overwhelmingly agreed upon. But, Natali handled both with aplomb and notable skill.

Oddly, I kept expecting the story to end. Three times, I expected this. Why? Because the story goes so deep, so continuously, that – as a reader – I kept thinking, “well, that’s got to be it, right?” No. Natali packs world building into The Path Keeper, without seeming to do so at all. That neat trick of having reasons for everything your character does and learns is endlessly prevalent in this novel, which allowed the story to flow effortlessly and fluidly around me like river water swooshing past a raft.

If you like your fiction deep and relevant to the real world…
If you like your characters flawed, sometimes irritatingly rough and ready for empathy…
If you want a summer read that will give you what you’re looking for with surprises along the way…

Check out The Indigo Chronicles & other books, by NJ Simmonds @ https://njsimmonds.com/

Note #1: This review is not of the “spoilers upon spoilers + a synopsis” variety. Those can be found readily on Goodreads and beyond.

Note #2: This book was written by a European writer about a decade ago. There are certain terms used that I, as a USA citizen of 2021, find potentially offensive. I am unsure if this speaks to the global awareness building of the past decade or a cultural difference between Europe and the United States of America. I would not use the term “gypsies” unless I wanted to specifically highlight the inappropriate nature of a character that would use such a term to describe myriad groups around the globe that identify as Romani. I found the inherent classism of the protagonist (as she views, thinks about, speaks of and responds to another character’s state of being without a house) to be perhaps expected of an 18 year old who has lived in the lap of extreme luxury since she was 15 years old, but also jarring. I’m honestly more curious than offended, and I’m wondering how these topics will be handled in Book 2 and Book 3?