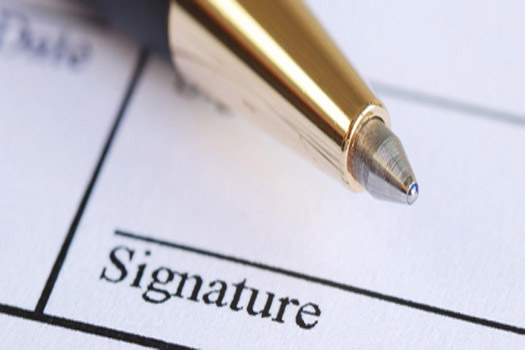 Petition to be delivered to:
Senator Patty Murray, Governor Jay Inslee, Senator Maria Cantwell, Representative Suzan DelBene, Representative Rick Larsen, Representative Derek Kilmer, Representative Jim McDermott, Representative Adam Smith, Representative Denny Heck, WSDCC Chair Jaxon Ravens, WSDCC Chair Valerie Brady Rongey, DNC Member Juanita Luiz, DNC Member Sharon Mast, DNC Member David McDonald, DNC Member Rion Ramirez, DNC Member Lona Wilbur, and DNC Member Ed Cote
——————What I say, when I share this on Facebook——————
Click here to go straight to the petition!
Our goal is 100,000 signatures by June 20th.
(PLEASE SHARE WIDELY)
Our goal is to remind each other why Bernie Sanders’ platform excites us!
(PLEASE TELL US A PERSONAL STORY)
Our goal is to encourage and invite Super Delegates to join with us.
(PLEASE WELCOME SUPER DELS TO OUR MOVEMENT)
I have signed this, because I believe our planetary future requires a committed and constant leader in the White House. This person must be brave enough to stand with the people, against short-sighted industries and corporations, that will destroy our only home if they remain unopposed.
~ March Twisdale
—————— The Wording of the Petition ——————
Click here to go straight to the petition!
We, the undersigned residents of Washington state, call upon all WA Super Delegates to consider the need and the inevitability of a Political (R)Evolution.
A Senate Republican Party majority in Olympia (and razor slim Democratic majority in the House) has led to partisan gridlock and is a result of ever-decreasing Progressive Voter turn-out in our state.
We, the undersigned residents of Washington state, recognize the tremendous opportunity afforded to us by Bernie Sanders.
As the Democratic Party wanes, it makes no sense for WA Super Delegates to give Bernie Sanders the cold shoulder. Not when Bernie Sanders has proven again and again, “we win when voter turn out is high, and we lose when it is low.”
Bernie Sanders received 73% of the votes cast on March 26th. We call upon our Democratic Party Leadership to seize this opportunity of increasing political engagement. Stand with the majority of Washington Democrats and commit your Super Delegate vote to Bernie Sanders.
Only with your leadership and support for the Bernie Sanders Campaign can we expand the presence of true progressive leaders in Washington D.C & Olympia, WA.
—————— Petition Background ——————
Click here to go straight to the petition!
Political Literacy is exceptionally low in the United States. While K-12 public education covers the fundamental structure of government, the inner workings of national political parties is almost entirely ignored.
Political Parties set their own rules. Over the decades, the Presidential Nomination Process has changed and changed again; meaning, the current system is changeable. For 2016, we’ve got to work with what we’ve got and plan ahead for 2018 and 2020!
Super Delegates make up 17-20% of delegate votes at the Democratic National Convention. This results in a few hundred party insiders ALWAYS choosing the nominee for the Democratic Party. Such a system blatantly concentrates control into the hands of a very few…while pretending to represent the many.
The DNC and Corporate Media are pushing a narrative which promotes Hillary Clinton as the “legitimate” candidate, casting Bernie Sanders (and those who seek his nomination) as a “less than” or “protest vote.” In truth, both are legitimate candidates and no one needs to excuse their interest in one or the other candidate. Ultimately, we need the BEST person for the job, both in the race this Summer and as President for the next four years.
A Contested Convention occurs when no candidate earns enough Pledged Delegates to clinch the nomination. In the 1930’s, a Contested Convention gave us FDR. His New Deal gave us Wall Street regulations, high taxes on the upper class, massive investment in America, and resulted in a strong Middle Class.
In other words, “We’ve been here before, we’ve succeeded before, and we can do it again.”
———– Petition by March E. Twisdale & Angela Marshall ———–
Click here to go straight to the petition!