How DAPL Got This Far (and why it matters) 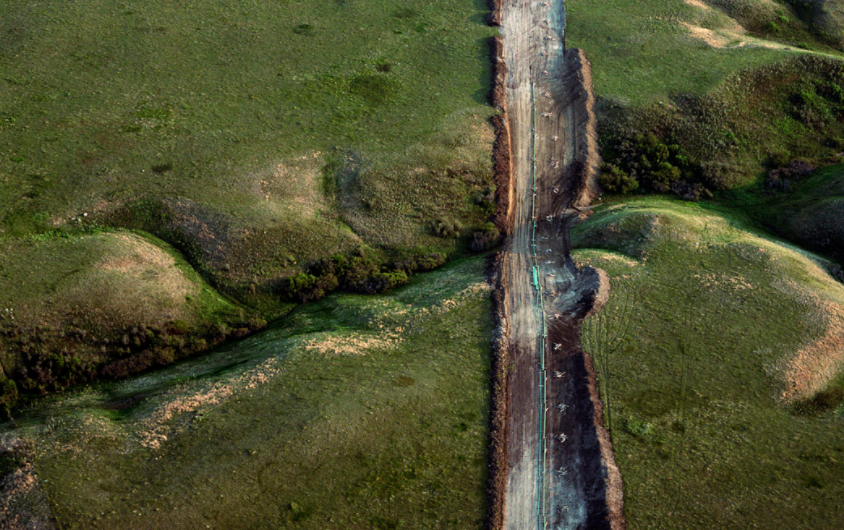 Environmental Impact Statements are designed to ensure that projects which can damage our commons/environment are recognized and either improved or prevented from happening. So…
Q:  Why are we asking for an EIS, now? When the DAPL is nearly completed?
A:  LOOP HOLE.
The size of a project matters. Smaller projects are protected from the hassle and expense of producing an Environmental Impact Statement, while larger projects (those with greater potential for harm and most often proposed by large, economically strong corporations) generally must provide an EIS.
Q:  I still don’t get it. The DAPL is huge! It covers multiple states and thousands of miles, not to mention running through and under vital waterways. What gives?
A:  Smart Corporate Lawyers and a Compromised Army Corp of Engineers.
(1)  Much of the pipeline was developed in very small pieces, which individually enjoy the lack of EIS requirements for small projects.
(2)  More interestingly, Pipelines (despite being for-profit ventures owned by private companies) qualify as “utilities.” As such, the Army Corp of Engineers was able to approve the project without an EIS, as utilities automatically qualify as “minimal impact” projects.
(3)  But, here is the real kicker! Despite the fact that hard-core Republican Rick Perry of Texas sits on the board of ETP…Energy Transfer Partner asked Iowa’s Utilities Board (IUB) to grant them the powers of Eminent Domain.
YES. The IUB, a three-person committee appointed by another Republican Gov. Terry Branstad, granted ETP the right of Eminent Domain for its for-profit private pipeline. With this power, Energy Transfer Partners purchased 475 parcels from resistant landowners.
Q:  Now, hold up! The Republican Party is supposed to be against Eminent Domain, right?
A:  YES! In fact, the 2016 Republican Party Platform contains a section titled “The Fifth Amendment: Protecting Private Property.” In it, the Republican Platform denounces the Supreme Court’s 2005 ruling in Kelo v. City of New London for undermining the Fifth Amendment “by allowing local governments to seize a person’s home or land not only for vital public use, but also for ‘public purpose,’ which thus allowed the government to seize it for transfer to private developers or other private entities.”
Q:  So, what gives?
A:  We know what gives. Money. Big money. No, not just big…HUGE money “gives.” And, what does it give? It gives the Billionaire Class the power and influence they need to break rules the rest of us are expected to not just follow, but believe in.
So, here are my suggestions for beginning to fix this problem.
(1)  Change the definition of a “utility.” There is no way that a resource extraction project designed to export/sell crude and/or refined oil products on the open, global market to other countries is a utility company!
(2)  Share this with your Republican friends and family. Their party has been stolen from them, and they are being manipulated and lied to by the same Billionaire Class that has turned the Democratic Party into an embarrassment and a racket. “Pay to Play” is a problem on both sides of the aisle.
(3)  Remember The Commons! This continent used to offer “more than we needed.” As a result, we ignored it when a person, or a corporation, laid waste to portions of The Commons for personal gain. There was always another meadow, another mountain range, another lake. But, no longer. We have hit the edges of the planet, itself, and our “global checking account” is rapidly approaching zero. No longer can our legislation, regulations or basic values support the rape of public lands and resources for individual or personal gain.
This land is your land, this land is my land…only as long as it lasts.