Together, We Prepare for the New Normal 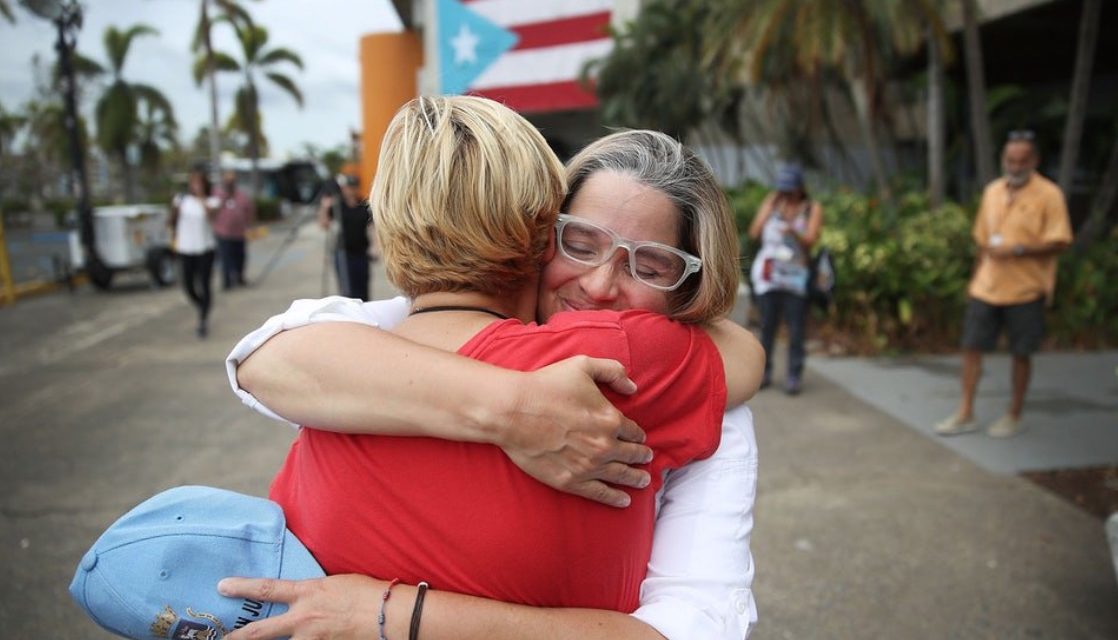 On October 2nd, I published an article outlining what I hoped would happen, in the months and years to come, in Puerto Rico. It was relatively brief and offered a broad overview of what I believed the world should do.

Responses to my article fell into two categories. Most applauded the idea, while a vocal minority raised legitimate concerns. You can read the whole article HERE, but in brief: I advocated for a global commitment to using Catastrophic Climate Collapse (CCC or C3) caliber technology to rebuild Puerto Rico, hiring Puerto Ricans at union level wages & benefits for virtually every job, and creating a new island economy encompassing C3 Resiliency Exports of Knowledge & Tech to equatorial regions around the planet.

Today is October 9th. One week has passed. Much has changed, much has not, but the zing of human empowerment, coordinated actions, shared goals and a fervent understanding that, “Yes, we must respond differently,” has arrived.

Of course, this understanding has not yet translated into actionable opportunities for most islanders. In fact, as aid remains frustratingly far away and the risks of staying on a hot, sweltering island with little to no sanitation or clean drinking water becomes increasingly apparent…a mass exodus has begun. This is sad and good. Children and elders can only do so much, and every person who can be evacuated to a secure location with friends or family on the mainland, is one less person in need of the minimal emergency supplies trickling into the island. Catastrophic Climate Collapse 101 – Prepare for Climate Refugees.

CNBC QUOTE: “San Juan’s airport is packed with people, so many of them very old or very young. I have never seen so many dogs at the airport. It’s clear that most of the passengers have a one-way ticket. They simply don’t know when — or if — they’ll be able to return. So many people outside the checkpoint were crying, waiting and watching until their loved ones disappeared into the terminal.”

One of the most important areas of innovation and advancement, on planet Earth today, is the C3 sector. While there are still hot spots of climate change deniers scattered throughout the world, on the whole, we have passed through the, “Can we stop this from happening,” phase of the game. “Holy Crow! What are we going to do about this?” is the question of the hour, the year, the decade and even, the century.

While fears of colonialism, vulture capitalism, and land grabs are 100% valid, it may be that these immoral behaviors of the past will face persistent and successful resistance from a global community that has grown tired of such practices. With the power of the the internet, each and every one of us now plays a vital role as Watch Dog! And, we are doing far more than watching. We are recording what we see and hitting send. India S Colon’s video is a great example of this.

So, here we are. Planet Earth is in peril. Corporations are in denial. The 1% of the 1% is, well…I can’t pretend to understand how most of them think. Their actions speak loudly enough, I guess. All of which leads us to the most important question of our age: “What are we going to do now?” I don’t know, but I am certain of one thing. Solutions will come from everywhere.

THE DANES – “It’s our vision to double the exports of energy technology from about 70 billion kroner in 2015 to at least 140 billion kroner in 2030. It will benefit the climate, help other nations with their green transition, create Danish jobs and contribute to growth, prosperity and welfare in Denmark.” [Proof that the idea of turning Puerto Rico into a hub for C3 technology for equatorial regions is probably a great economic move. ~ March]

SOLAR ENERGY INDUSTRIES ASSOCIATION – “Solar companies are banding together to help restore electricity to parts of storm-ravaged Puerto Rico as 90 percent of the island’s 3.5 million residents remain without power. Solar supplies such as roofing, generators and lighting equipment worth about $2 million are expected to arrive in the territory in the coming weeks.” [I love it when people walk the talk, and put people before profits! ~ March]

AND THEN THERE WAS THIS.

[Fascinating fellow, who can hopefully accomplish his dreams. ~ March]

HOWEVER, despite Elon Musk’s intentional inclusion of the people of Puerto Rico, as the final arbiters of such a decision, these are all examples of people we assume to be non-Puerto Rican stepping up to help, right? Raising the anxiety of those who fear a top-down, white over brown, rich over poor attempt to replace recovery and rebuilding with “gentrification” of the island.

Fear less! Our fellow Puerto Rican Americans are equally smart, capable and driven by the best of intentions! Puerto Ricans on the mainland and islanders with internet access are working around the clock, committed to ensuring that supplies get out to the people who need it most, in the still-dark regions of the territory…and that the reconstruction of Puerto Rico is designed to prepare the island to thrive & survive the upcoming century. [Click on titles to reach websites and offer your help! ~ March]

LIGHT UP PUERTO RICO – My name is Jorge Alvarado and together with my wife Carilu and our partners at Tifie Humanitarian we are leading an effort to Light Up Puerto Rico. Puerto Rico is our home. We grew up there. We met there. We raised our family there. [With local connections, aid will be distributed by Puerto Ricans to Puerto Ricans. ~ March]

PUERTO RICO RISES – “You feel kind of helpless at first and then you realize that you are the best tool people have on the island,” said Figueroa, who is coordinating collections in five cities throughout Michigan. She and several other engineers and technical professionals are planning on traveling to Puerto Rico soon to help with rebuilding efforts on the ground.

TERRENCE DANIELS – Individuals, everywhere, are stepping up. Especially important are those truly “on the ground” reports coming to us from native Puerto Ricans who have both intimate awareness of the island AND innovative ideas for what needs to, and can be, done. [Power to the People in the very best of ways! ~ March]

There is much to do, all over the world, in the years and decades ahead. Yet, no one wants to break something that is still working. When I bought my house in 2004, there were two leaks in the roof. Did I get a new roof? No! I climbed up there, covered the leaking region with a double layer tarp, framed it in wood, and caulked the edges. Five years later, we finally had to get a new roof. That was not being cheap. It was a respectful approach to resources.

Waste not, want not!

This, too, must change.

As C3 events ravage communities and regions, resulting in tens of millions of Climate Refugees across the globe, we face not disasters…but opportunities. Painful, hard, agonizing, distressing, heart-rending and life-changing, but opportunities nonetheless.

The 21st Century will be a time of change, and we can’t change everything instantly. So, in a way, each disaster region becomes a piece of the Change Puzzle. A herald, if you will, calling out to the world, “Changes needed here! Solutions needed here! New tech needed here! Renewal of lost skills needed here!”

We can not stop these things from happening. We can not prevent C3 events. We can only choose how to respond. To everyone reading this article, I ask that you do one thing today to help the people of Puerto Rico. Share this article, at the very least, and then…consider what else you can do, to become a part of the solution!

Together, there is nothing we can not do, and what we must do, from this day forward, is invest in a shared, sustainable future for all life on earth.

One last thing. You may recall that we have invited a Puerto Rican couple to come live on our farm, as a safe harbor after the storm, so to speak. They have decided to take us up on our offer and are preparing for this sudden move. To help them traverse the 3,700 miles of so…they have created a modest GoFundMe request. They speak to their personal experience and the emotional toll of this event. Please consider helping them.