Corporate Media Dug its Own Grave 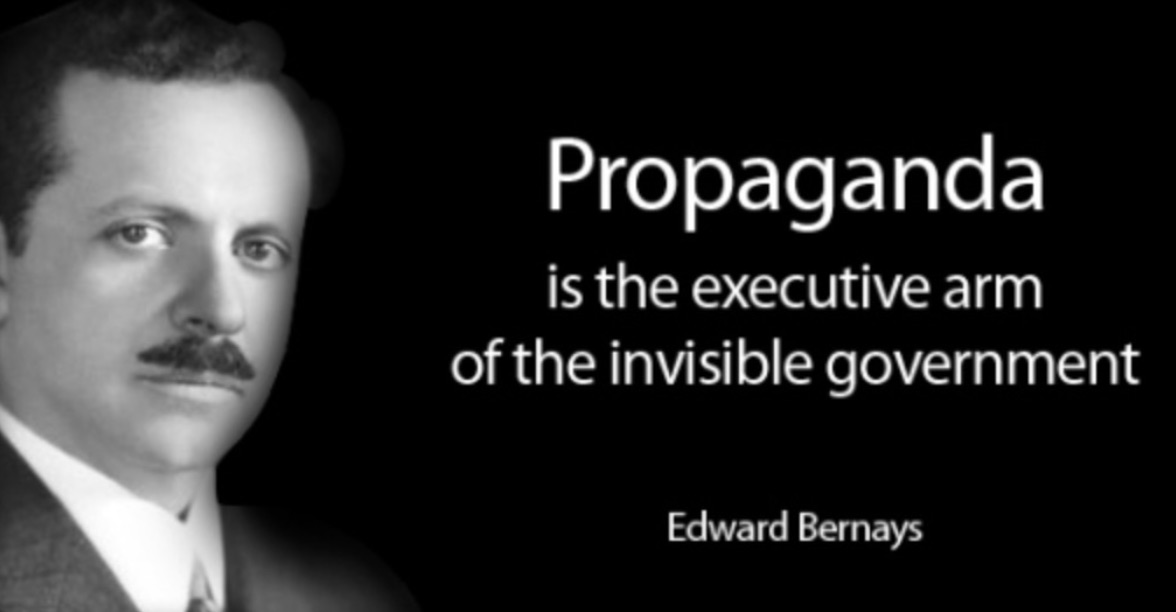 With all the talk about Fake News and Alternative Facts, one is beginning to get the soothing impression that Corporate Media Sources can be trusted. Indeed, this is the keystone of the narrative. Trust us, so the story goes. Not them. It is a diabolical stroke of genius.

To say that public opinion is molded by corporate media is perhaps the understatement of the century. Corporate media is where people go to learn about their world. Little kids flock to the newspaper every Sunday Morning for the big, colorful comic section. Middle school students are traditionally given weekly writing assignments, based upon articles published in carefully listed mainstream media sources. High school students can earn extra credit by getting a “reduced student fee” membership to the Wall Street Journal. Movies about investigative reporters and journalists “as heroes” dance across our screens. And so on. The myth of “Free Press = Trustworthy Press” is strong in this country. But, is it true? 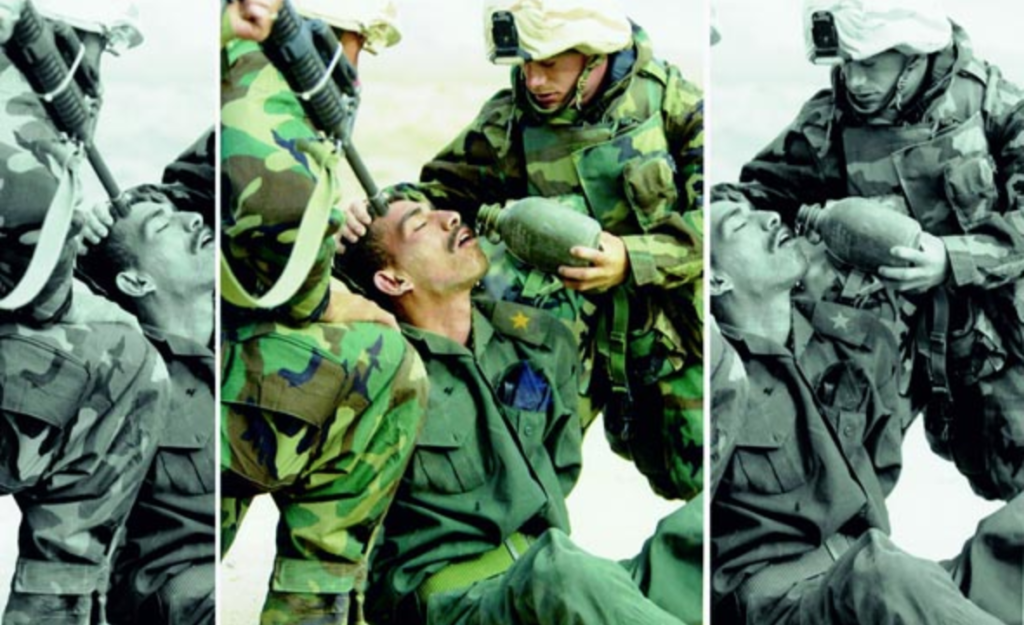 The true beauty of the “free press” lies in our freedom to go out and be the seekers of truth, the observers, the watchdogs, and the writers of the unpopular or obfuscated details that rarely make it past the corporate editorial gatekeepers. In other words, the citizens of a society that embraces the concept and benefits of a truly free press must play the role of responsible consumer of media content. As the three slices of the above image illustrate so perfectly, “Don’t believe everything you see, hear or read.”

In the developed world, where there is ready access to the internet, Wikileaks, FOIA, whistleblowers and the work of investigative/independent journalists; public opinion and trust in media are at an all time low. And with good reason. Today, six (6) corporations control 90% of the media in America. I know you’ve heard this before, but take a minute right now to let that settle in. How does that make you feel? Safe, secure and well-cared for…or controlled, manipulated and handled? Now, consider that these same six (6) corporations managed the media circus that effectively financed Donald Trump’s presidential campaign.

Does this look like “news reporting” to you? Or a media machine owned and directed by six corporation, with a mere 232 executives, who had 90% control over what 323,000,000 Americans read during the most important presidential primary of our century?

Most of us inherently distrust any corporation that seeks to monopolize an industry. We learned that way back in grade school, and the media agrees with us! Google “why are monopolies bad?” and you’ll find thousands of news articles explaining in excruciating detail just how bad monopolies are for…businesses, consumers, safety, innovation, the economy and so on. Raising the question, “Couldn’t monopolies also be bad for media integrity?” Of course, they are, which is why these self-preserving giants are trying to redirect our attention away from them and onto, of all things, their greatest threat: truly independent sources of information.

THEY’RE the ones who are giving you Fake News & Alternative Facts…not us! 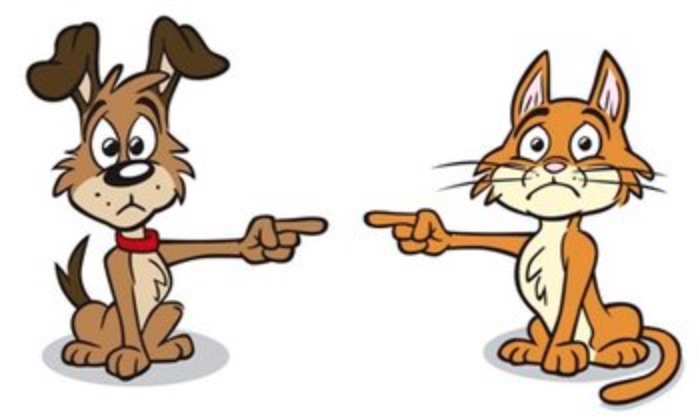 These six (6) media-conglomerate corporations are not “publicly funded” entities out to do good. They are profit-driven, board-directed, sales-oriented producers of a consumer product. When you turn on the television, flip open your local paper, or turn on the radio…you are not receiving objective, honest, verified and accurate journalistic news. That’s the myth. What you are tuning into is a popular narrative that serves their interests. What they want you to believe is what you will hear, read and see, and if you don’t trust them, well…then you’re not thinking straight.

According to Richard Edelman, president and CEO of Edelman, a leading communications marketing firm named “PR Agency of the Decade” by Advertising Age and The Holmes Report, “Globalisation and rapid changes in technology have fueled “virulent populism and nationalism.” Yup. That’s you! Don’t trust FOX News? You’re a virulent populist! Don’t cleave to MSNBC? You have a nationalistic attitude! Pretty much, if you don’t buy what they’re selling, then you are not just in disagreement with them. You’re not sourcing your information elsewhere. You’re not a free thinker. You Are The Problem.

Here is what concerns me deeply. I understand bloggers and staff writers offering up opinion pieces which are highly inaccurate and skewed in their viewpoint. I’ve even gotten used to completely false information being parroted about and screamed from the rooftops by people who will use the power of the pen to manipulate others to their point of view. That is the price we pay for Freedom of Speech. But, today, I read a NEWS report, written by the editor of a Detroit News Company, who either couldn’t get the story right…or didn’t want to.

I happen to have the inside scoop on this legal case in Michigan and the proceedings throughout the week. I, and thousands of other Americans, who are following the details closely, KNOW that this article thoroughly misrepresented a legal case with precedent-setting ramifications. This is what makes so many of us mistrust corporate media. Not some spurious suggestion that we are nationalistic radicals or poor people angry at globalization. We are just honest folk who are shocked to see the “Power of the Pen” used to spread a false narrative.

Every time a journalist twists the truth, blatantly gets the fact wrong, or manipulates a story to sound different than it is…trust is lost. We are not stupid. We are not sheep. We are fed up, and so…we go looking elsewhere for accuracy. Google searches become favored over the Kool-Aid dispensing evening news. People start talking to their fellow people, comparing notes; rather than allowing a well-coiffed talking head to tell us what our neighbors think or believe. And I celebrate this!

If we are lucky, the pendulum has swung as far toward Big Brother as it’s going to, and we may be on the way back toward center. The diversification of media, spurred on by individual citizen choices across the globe, is absolutely necessary if we hope to avoid becoming the next Super Power Dictatorship on Earth. Never let anyone shame you for your willingness to engage in personal research on a topic you care about. NEVER.

A government of the people, by the people, for the people…is a government where all of us are directly involved. The good, common, decent, normal people of our country ARE capable of leading us forward into a healthier, more balanced and kindly direction. So, how will you get involved, in making America a beautiful home for the next seven generations?