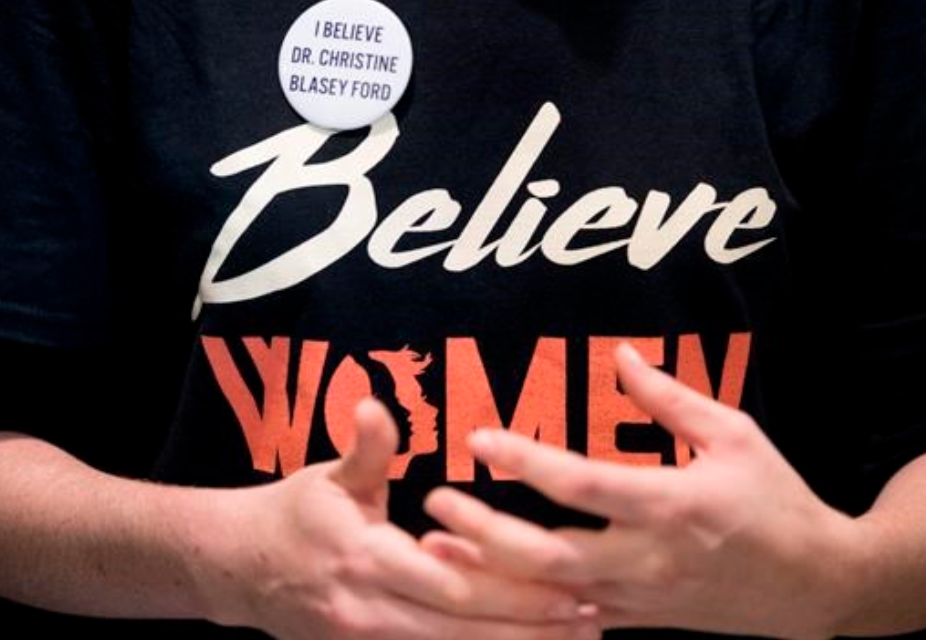 #WhyIDidntReport
When I was 18, I worked at a restaurant. Every day, my boss would make crass jokes whenever a female employee was bending down, near him, to do something. “Eh-hm, while you’re down there…” (Leering smile at whoever was nearby and a yuk-yuk laugh.) I eventually got used to it, but then it escalated.
One day, my coworker invited me to her boyfriend’s frat house. It was the middle of the day, she’d been dating him since high school, we had lunch and listened to music alone on the back terrace until the guys (and some of our other co-workers) came over in the evening. That evening, I got drunk for the first time in my life. Suspiciously, on only 2 or 3 wine coolers. One moment I felt fine, then I felt really, really drunk. (GHB was super popular at that time & I learned later that some of the guys at work were using it.) When I suddenly started stumbling around, my boss generously offered to drive me home.
Only…he didn’t drive me home. He drove me to his apartment. All I remember is barely being able to walk out of the frat house, wondering why I was so drunk, him driving over 100 mph on the freeway, and waking up in his apartment for a few seconds while he was having sex with me. I don’t remember arriving at his apartment, walking in, taking my clothes off or anything else until I woke up the following morning.
When I told my friend what happened, she was upset. She said, “He raped you. That was rape. He was supposed to drive you home. He’s your boss!” I shrugged and said, “It was my fault. I got drunk. People will tell me it is my fault that I was in that situation, and they’ll hate me for putting his job at risk. Besides, it wasn’t violent.”
This was in the early 1990s, when the term “date rape” was just beginning to be used. Back then, if a woman went on a date, and especially if she drank alcohol, whatever happened was HER fault. I knew this well and, despite what the law said, society said something else. I had no choice but to accept what had happened and move on.
Did I tell anyone, other than my one friend? NO.
Did I report it, anonymously, or in any other way? NO.
In my estimation, the results were easy to predict:
I would be blamed (by everyone), he would be sympathized with, I’d be fired for being “loose,” he might even counter-sue for me tarnishing HIS good name (!), and no court in the land would rule on my side, etc. Why put myself through the misery for nothing?
So, I didn’t report it, but that night has been a part of my story, my memories, my insistence that my sons NEVER leave a female friend behind at a party, and my awareness that sex crimes are chronically under-reported.
Sexual violation, sexual abuse, rape and molestation impact people (boys and girls, men and women) in extreme ways. They are violations of the most vulnerable, sensitive, and intimate parts of our physical bodies & our psyches. They cause injuries which cannot be healed on the physical plane, and for some…the aftermath can be devastating.
Please don’t send me your condolences. I’ve got a pretty resilient attitude.
Am I fine? Yes. I am. REALLY. But, many victims (male and female) are not.
And, what I’m am definitely NOT okay with is women being dragged back into 1950s-era thinking by odious cretins who are so incapable of self-love and inner peace that they’ve chosen a lifetime of political machinations and destructive human interactions. So, if you give a damn, take a stand on the issue!
(For the young people out there: do I wish my boss had driven me home and viewed sex as better with a conscious woman who was as interested as he was? Absolutely. Do I have a message for you? Yes! Wait until you find the right person, at the right time, because sober sex with a willing partner will blow your socks off!)