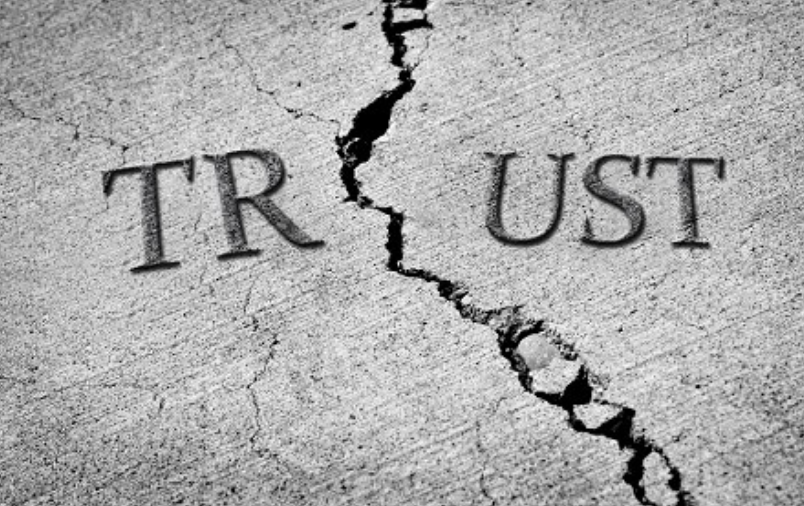 No one wants to see a person in power who categorically opposes that which is vital to our life, liberty or pursuit of happiness. Yet, we all will. Every single time we look at an elected representative.

Because perfect ideological copies of YOU, there are none.

From tax evasion to homosexual sex, hiring prostitutes, embezzlement, pornography or even worse, child pornography & sexual abuse (don’t get me started on the Catholic Church), these fundamentalist orators who lecture the masses from on high prove, beyond the shadow of a doubt, that what people say in public, and what they do in private, does not always align. Which is fine when you’re the local milkman who spouts off about God while never spending a day in church. But, when your signature will pass legislation into law, and impact the lives of millions?

Then? Discordance is worrisome.

Yet, what can we do? Candidates for political office are human beings with personal opinions. So are all of us. Find me a human who runs for office on 100% what he believes (no skeletons in the closet) and I’ll give you (well, I’ll give you Bernie Sanders, but…I digress)!

I’ll give you, an illusion. A myth. An almost always impossibility. In fact, if Bernie hadn’t literally spent his entire adult life being public about his ideals and carrying his youthful ideology successfully forward into the next few decades of his life? Well, we wouldn’t be able to assume he was 100% behind what he said, either.

This is reality. This is Earth. This is humanness.
This is…what we must grapple with.

In truth, it’s not all that bad. If an elected official’s personal opinions align with 89% of the American People, then lucky him or her. Lucky us! It’s only when a person’s viewpoint is in the minority and they STILL push for it, that we get nervous: by design and with good reason.

Our government is set up as a representative system – not a leadership system. Put simply, elected servants are not expected to tell us what to do. They’re expected to follow us. Listen up and obey, we say, while generally being far too busy to spend time understanding the issues or doing deep research. Make us feel comfortable, make us feel like everything is okay, promise us that everything will get better, and we’re happy. Whether or not it’s real.

That is why social change is so very, very slow. And not just social change. Scientific advancements also suffer delays! Did you know it takes an average of seventeen (17) years for new, proven knowledge to reach the public? And that’s only if you’re lucky enough to have discovered something that those in power actually want people to know about. Why? Because humans are involved and we can mess anything up. Even science.

In the midst of this messy ordeal, most humans go for one of two extremes: (1) ignore what we don’t like about a candidate or (2) cling to a remembered wrong and NEVER let it go. We saw plenty of that during the 2015-16 Primary. And…it did not serve us.

Is it any wonder that most of us avoid running for office with the diligent devotion of a serial killer? Seriously, who amongst us wants to be judged by our fellow humans, under such conditions, within such a system?

The truly amazing, the truly terrible and those who make a living by obfuscating, manipulating, lying and generally making our lives miserable. That’s an exhausting swamp we must wade through, election cycle after election cycle after…am I still supposed to care? Just kill me now, right? No wonder voting is at an all time low.

But, let’s just set all that aside for a moment, and go back to our apparent moral contradiction. How can a person (like Joe Biden) vote in a way that completely goes against his personal, moral code? Perhaps, the question is, how can he not?

Finding the balance between personal and public expression of opinion is a hallmark of Americanism. It’s the very definition of “polite” society. What are the three things you do not discuss at work? Let’s say them together: sex, politics and religion.

All of us dance this fine line. Especially those who serve in the public sphere. For them, this is a normal, daily part of living in our awesome & diverse society. A Catholic cannot preach her personal religious views to a classroom of students in a publicly funded school…an anti-abortion doctor cannot refuse to offer abortion as an option to a patient in his or her publicly-funded clinic…and a bigoted police officer is not allowed to target black or latino or white citizens.

So, now that we’ve all nodded our heads and said, “Yes, yes, this is true,” I invite you to move on to Part 2!